Noel Whelan believes Leeds United will still be open to do business with Swansea City as they eye up defender Ben Cabango.

Speaking exclusively to Football Insider assistant editor Russell Edge, the boyhood Leeds fan said the situation with Daniel James is in the past and both clubs will have moved on.

The Whites are eyeing up Cabango, 20, as cover for first choice centre backs Liam Cooper and new signing Robin Koch, according to the Yorkshire Evening Post. 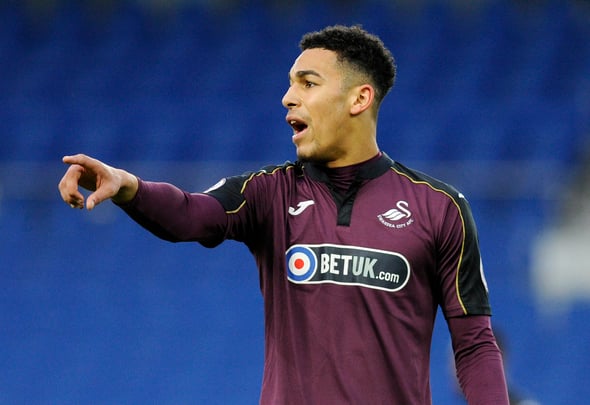 Leeds United were close to signing James for £10m in January 2019 before the Swansea chairman Huw Jenkins blocked the move at the 11th hour.

James had passed a medical and posed with a Leeds United shirt at their Thorp Arch training base before the move was called off.

After Leeds failed to gain promotion in 2019 the Welsh international joined Manchester United for a £16m fee.

Asked by Football Insider whether the controversial incident could stop Leeds pursuing Cabango, Whelan said: “I think the Dan James situation is one that everyone needs to forget about.

“It wasn’t great on Swansea’s part, but I think Leeds now have more of a solid stance because they’re in the Premier League and he’s not a player that might be going to a rival club.

“Now Leeds will be looking at the player, they’re in a stronger position to negotiate, they’ve got a bit more money to throw at Swansea so it’s whether they accept or not.”

Cabango made his Wales debut as a substitute for James against Finland on Thursday after a breakthrough year at the Liberty Stadium.

He played 21 times in the Championship for the Swans as they reached the play-offs.

In the latest Leeds United news, Alex McLeish has changed his mind on Ryan Kent after Leeds’ bid for Rangers ace.