This site revealed last week that the newly-promoted Baggies are plotting a move for Williams following Wigan’s relegation and administration.

A Leeds source has told Football Insider they are also closely monitoring Williams’ situation and have set their sights on a potential deal.

Tellingly, Wigan are ready to make Williams available for around £1.5million as they look to raise much-needed cash.

Joe Gelhardt has already joined Leeds in a deal that was completed last Monday for £1m plus add-ons.

As revealed by Football Insider, Leeds have also tabled a bid for another Wigan youngster, 17-year-old winger Sean McGurk.

Williams was a key figure in a Latics side that suffered relegation from the Championship last month after they were docked 12 points for calling in the administrators.

He made 34 league starts among 38 appearances in the Championship last season, which yielded one goal and four assists.

The right-footed midfielder has two years remaining on his contract at the DW Stadium after he penned a three-year deal upon his arrival from Everton in July of last year. 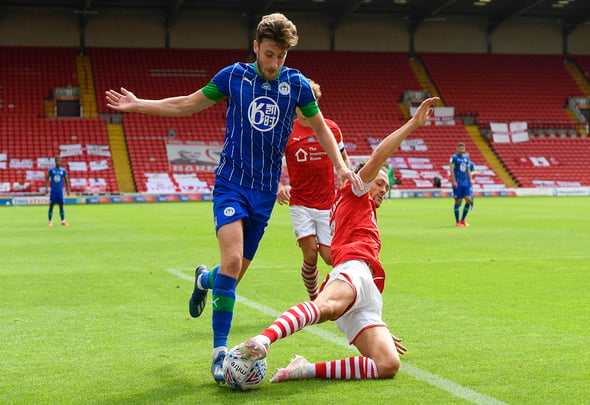 A product of the Everton academy, Williams enjoyed loan spells at Barnsley and Bolton Wanderers before making a permanent switch to Wigan.

He was highly rated when in development at Goodison Park and has been capped by England at Under-20 level.