Frank McAvennie insists Celtic winger James Forrest is a “wonderful player” after he was ruled out for between six and eight weeks with an ankle injury.

Speaking exclusively to Football Insider correspondent Dylan Childs, the former Hoops forward claimed if he returns after six weeks it would be perfect timing.

Forrest has not featured for the Bhoys since September 19th and Neil Lennon confirmed this week that he has now undergone surgery in what is a devastating blow for a club who has lost three consecutive home games for the first time in 30 years.

The 29-year-old had featured in every Celtic game he was available for this season before his injury.

However, McAvennie insists Lennon’s side can adapt without him.

He told Football Insider: “I liked the shape they played on Sunday. Scott Brown looked back to his best with Callum McGregor beside him.

“At some point I think that will change although maybe not this year. Not at the moment, I think Brown should be in there, people write him off too quickly.

“He did the captain’s role on Sunday very easily. Him and McGregor play well together.

“In the future, it’s all looking good. McGregor was passing balls about and looked like himself again.

“That’s all because Christie was out wide having his own good game.

“I don’t think they will miss James Forrest too much, of course, he’s a wonderful player, he goes past players like they’re not there at times.

“Whereas Christie likes to come inside and shoot with his left foot so they’re two different players. 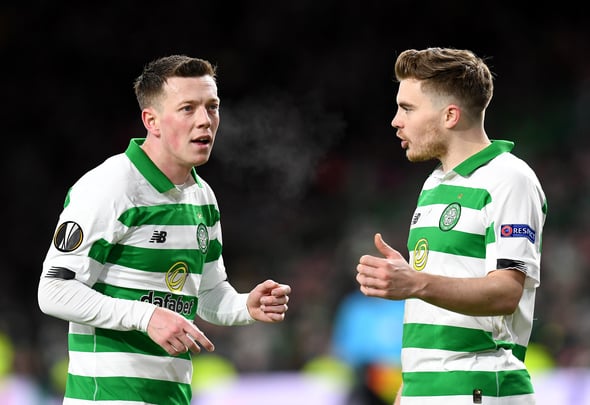 “At the moment the balance of the team works pretty well and we’ll do alright without Forrest, hopefully, he’s not out for too long.

“If he’s out for five or six weeks that could be good timing to get him back.”

In other Celtic news, a top pundit has slammed a “shambolic” Hoops star who is “letting everyone down”.