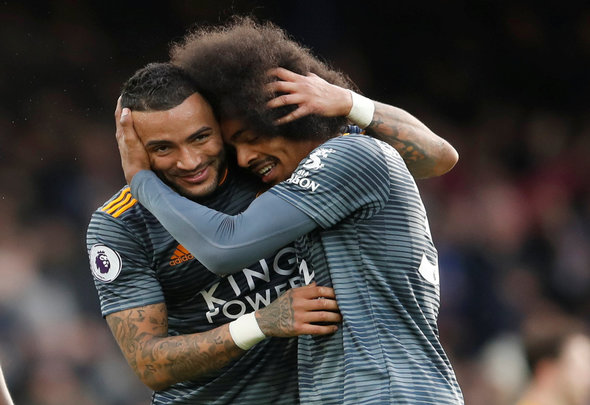 Jackie McNamara says the capture of Danny Simpson would be something of a coup for Celtic as the Hoops prepare to offer the defender a trial and a contract.

The former Parkhead star, speaking exclusively to Football Insider, says that the only doubts over signing the former Leicester and Newcastle United full-back, who won a Premier League title with the Foxes, would be his fitness after leaving the King Power Stadium this summer.

As revealed exclusively by Football Insider, the Bhoys are set to hand the 32-year-old a chance to prove himself in training, with a £30,000-a-week contract ready and waiting.

McNamara says that the fact Celtic are wanting Simpson to have a trial means there are doubts over his fitness but that he would be an impressive capture if he does put pen to paper.

Asked if his capture would be a coup for the Hoops, McNamara told Football Insider, “Aye, you’d hope so. Obviously, to see him on trial, I imagine it’ll be for fitness, see how fit he is and putting him straight back in.

“It is a position they need to fill, been looking to fill for a while now. He’s got experience, no doubt about that, I think for Neil’s side it’ll just be a case of how fit he is. You’re hoping he can show what he’s worth.”

The former Leicester man, who has 213 games worth of Premier League experience, made just nine appearances across all competitions for the Foxes’ first-team last season, six of those coming in the starting XI.

The last of his 133 appearances at the King Power Stadium came in a 14-minute cameo versus Chelsea on the final day of the season, having not appeared in the club’s league campaign since January.