Jackie McNamara admitted he was surprised Celtic were in pursuit of Dundee United attacker Louis Appere.

Speaking exclusively to Football Insider correspondent Laura O’Leary, the former Parkhead hero admitted that Appere could be a target with the future in mind, but pointed out the Hoops need strikers who can instantly impact the first-team.

It was recently reported that Celtic, Rangers, Leeds United, Norwich City and Bournemouth were all hot on the 20-year-old striker’s tail. 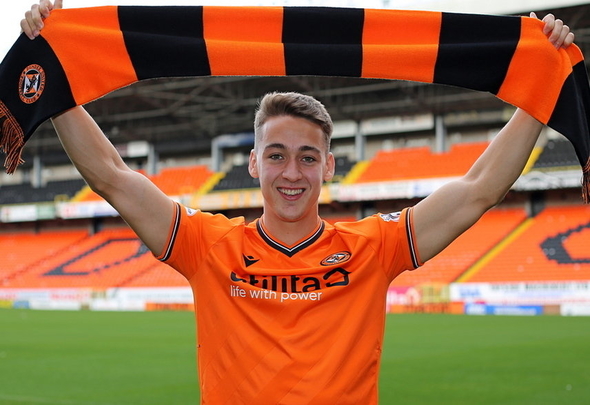 McNamara suggested that Celtic already have numerous young attackers waiting for opportunities at the club, such as Lewis Morgan, so wasn’t sure if Appere could make an instant difference if signed.

When asked about Celtic pursuing Appere, McNamara told Football Insider: “I definitely think that’s one more for the future.

“However I think they need a player for this moment as they’ve got a lot of lads like that, like Morgan and they’re waiting for opportunities.

“So I’d be surprised if that one happens.”

The Scottish attacker is currently in fantastic form with him having scored two goals, while registering one assist in his last four league matches.

Appere has played in a variety of positions for the Championship side this season, with him featuring as a centre-forward, a right-winger as well as a left-winger at times.

In other Celtic news, Alan Hutton admitted he was ‘Surprised’ by the decision the Hoops have made regarding out-of-form player.