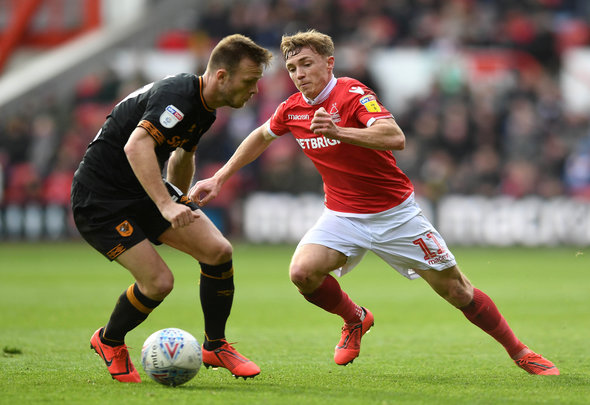 Sheffield United are on the verge of signing Nottingham Forest’s Ben Osborn, with the player undergoing a medical at Bramall Lane, Football Insider understands.

Premier League new boys Sheffield United have been chasing Osborn all summer and they have now finally agreed an undisclosed fee with Forest for the versatile Osborn.

Sources at Nottingham Forest have told Football Insider that the club have given the 24-year-old permission to hold talks with Sheffield United and undergo his medical before finalising his move to the club.

Osborn is expected to tie up his move to Bramall Lane in the next 24 hours and will become the club’s sixth new signing of the summer as they gear up for life in the Premier League.

The 24-year-old, who can play in defence or midfield, came through the ranks at Forest and made over 200 appearances for the club.

Last season saw him play 44 times across all competitions, 39 of those appearances coming in the Championship, as he filled in across a multitude of positions.

In other Nottingham Forest news, it can be REVEALED the club’s Championship rivals are chasing a colossus at the City Ground.