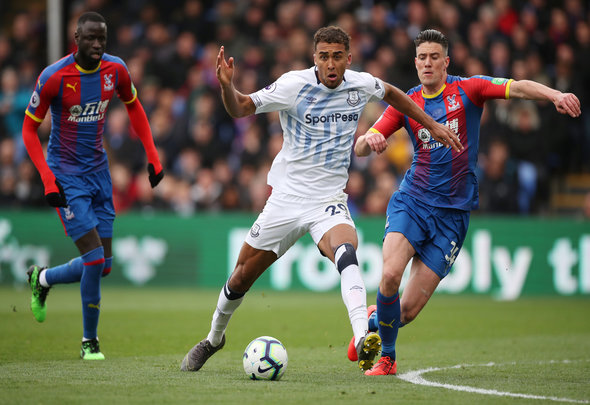 Danny Mills has been left scratching his head over who is going to start for Everton in attack as he highlights the faith shown to Dominic Calvert-Lewin by Marco Silva.

The former Leed and England defender, speaking exclusively to Football Insider, says that the Portuguese boss has a vast number of options available to him in the final third and that it is going to be interesting to see who gets the nod next season.

Calvert-Lewin was Silva’s most used centre-forward option, playing 38 games across all competitions as he battled it out with Cenk Tosun and makeshift striker Richarlison for a spot in the starting XI.

Mills says that the manager is giving the 22-year-old exactly the sort of backing he needs to be a successful forward but was still not certain he would be starting for the Toffees next season.

“He’s (Calvert-Lewin) a good player – when you talk to the likes of Ian Wright, they say the most important thing to have is the belief of your manager. When you miss the chance or don’t have a great game, he goes: ‘Go and score the next one, go and play the next one.’

“Having the backing and the belief of your manager I think as a centre forward is the most important thing. (Did Silva show that to Calvert-Lewin?) Definitely.”

Of Calvert-Lewin’s 38 appearances last season, 35 came in the Premier League although only 19 were in the starting XI.

He hit six goals and chipped in with two assists in the top flight, finishing as the club’s third-highest scorer behind Richarlison and Gylfi Sigurdsson.

In other Everton news, Darren Bent claims a “big prospect” looks set to turn down a move away from Goodison Park this summer.