Danny Mills believes Leeds United manager Marcelo Bielsa is seriously considering whether to drop Kiko Casilla after keeping faith with him for another game.

The former Leeds and England defender, speaking exclusively to Football Insider assistant editor Russell Edge, says the Argentine has a difficult decision to make after the goalkeeper’s poor form in recent weeks.

Bielsa confirmed at his pre-match press conference that the Spanish shot-stopper would remain between the sticks despite making a huge error in the draw against Brentford in midweek.

Bielsa on whether he will make changes against Bristol City, Casilla especially: "Casilla is going to play. And Bamford as well." #lufc

Mills says that whilte Casilla is absolutely crucial to the way Leeds operate as a team, his mistakes cannot go unnoticed by the boss and that his position could be under threat.

Mills told Football Insider: “Look at it seriously, it’s not the first error in recent weeks, I’m pretty sure Marcelo Bielsa will be thinking what is the right thing to do.

“Is now the right time to make a change, give another goalkeeper the opportunity? It’s not a technical error (v Brentford), it’s a concentration mistake, it’s not about his ability or anything like that. There’s been one or two things creeping in but it’s always a big decision to drop your goalkeeper.

“He is pretty integral to the way that they play, playing out from the back, it’s not ideal at the moment. The backup, we don’t really know too much about and whether he’s going to be good enough.” 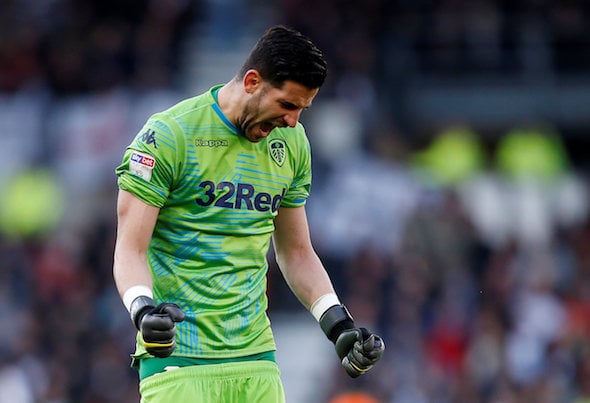 Casilla has played in all but one match for Leeds this season, backup stopper Illan Meslier taking his place for the FA Cup defeat against Arsenal.

The 33-year-old has 53 appearances under his belt for the Whites since joining in January 2019, 10 more than he managed in 10-and-a-half years at Real Madrid.