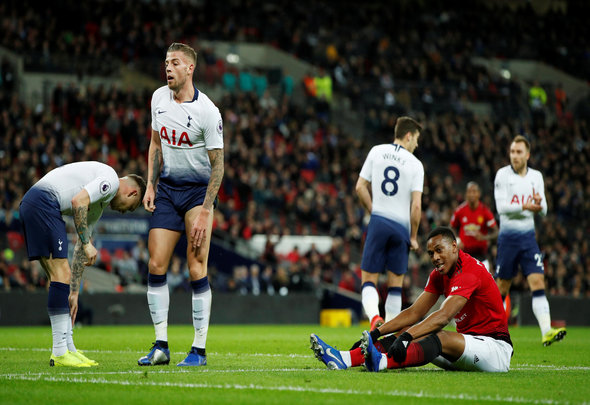 Danny Mills has suggested that Tottenham defender Toby Alderweireld could have one eye on securing a free transfer next summer as he heads into the final year of his contract.

Speaking exclusively to Football Insider, Mills says that the Belgian powerhouse could be looking for one final payday in his career and that leaving Spurs for nothing will offer him the opportunity to earn big money elsewhere.

The defender is still at Spurs after the release clause in his contract reportedly expired, with less than 12 months left on his current deal in north London.

With the Belgian looking set to stay with Mauricio Pochettino’s men for next season, Mills has suggested the 30-year-old already has one eye on a potential free transfer next summer.

He told Football Insider: “There’s every chance (he’s looking at a free transfer). He might be thinking they’ve signed one or two good players, he’ll play for Spurs this season, still be early 30s and the free transfer, he can go where he wants to.

“Even if it’s a season on big money. I’m sure he’s weighed up all the options. The thing is at his age, were many clubs going to give him a three-year deal? Possibly not.

“If he takes another year at Tottenham, someone will definitely offer him a year-on-year option after that. It’s not always easy.”

Alderweireld has played 159 times for Tottenham since signing from Atletico Madrid, with 50 of those matches coming last season.

However, despite his regular place in Pochettino’s starting XI, with just one appearance off the substitutes’ bench, he failed to find the back of the net once.

In other Tottenham news, Bent says Spurs will have two players in mind as they plot an £80million transfer raid this summer.