Millwall have agreed to sign Bartosz Bialkowski on a permanent deal from Ipswich Town, Football Insider can reveal.

The Poland international goalkeeper joined the Londoners on a season-long loan last summer, just weeks after the plug was pulled on his permanent move to the club.

A Millwall source has told Football Insider that the club have now agreed terms with Ipswich for Bialkowski, 32, to join on a full-time basis. 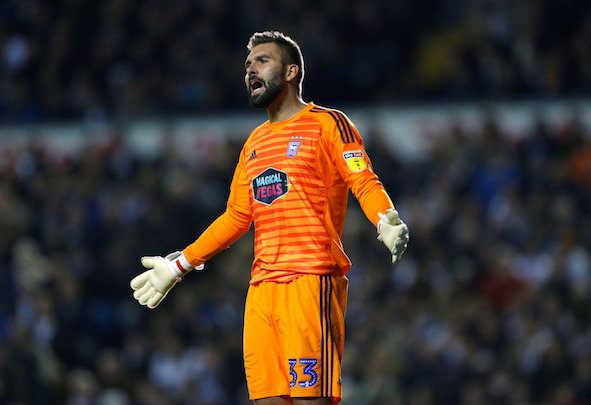 His loan is set to be converted into a permanent deal that will run for 18 more months until the summer of 2021.

It comes after the Poland international keeper proved his fitness to the Lions staff in the opening half of the campaign.

Millwall had put plans to sign him permanently on hold last summer amid concerns regarding his knee.

But Bialkowski has demonstrated no ill effects this season while starting all 28 of the team’s Championship fixtures.

Bialkowski is an experienced keeper at Championship level.

He joined Ipswich on a free transfer from Notts County in the summer of 2014 and has made 177 starts and one sub appearance for the east Anglia club.

He has also played extensively for Southampton, where he made 40 appearances, and County as well as a short spell at Barnsley and for Górnik Zabrze in his homeland.

In other Millwall news, it can be REVEALED that the club are in advanced talks to agree deal with striker.