Noel Whelan has suggested that Leeds United may have turned their back on a blockbuster £20million bid to sign Southampton striker Che Adams.

Speaking exclusively to Football Insider, the ex-United forward claimed that the club’s pursuit of the 23-year-old is “off the table” after they landed Jean-Kevin Augustin from RB Leipzig today.

As revealed by Football Insider, Marcelo Bielsa’s side made multiple offers for Adams, including loan-to-buy deal worth around £20 million. 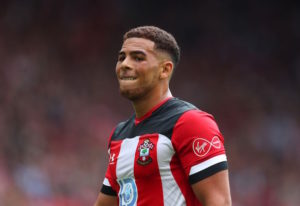 But Leeds turned their attention to sign Augustin on loan instead and the deal was announced this morning after breakneck weekend talks.

“I know from Southampton’s side they don’t want to sell him, even though it’s a better deal than what it’s worth right now, quite honestly.

“They paid £15 million for him, he’s done really nothing since he went to Southampton, Leeds are offering to pay £2 million up front for his wages and £20 million at the end of the season. To me that seems a very, very good deal for someone who hasn’t done it in the Premier League.

“But if they [Southampton] can’t get a striker in then he’s not going anywhere. They have the final word, whether Che Adams wants to leave or not, but it does seem to me, if all the interest is looking abroad, that that deal is not on the table anymore.” 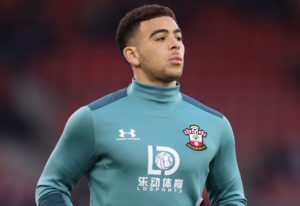 Adams has yet to score in 23 appearances for the Saints having made the move to St. Mary’s from Birmingham City over the summer.

Last season he lit up the Championship, however, hitting the back of the net 22 times in 46 outings for the Blues.