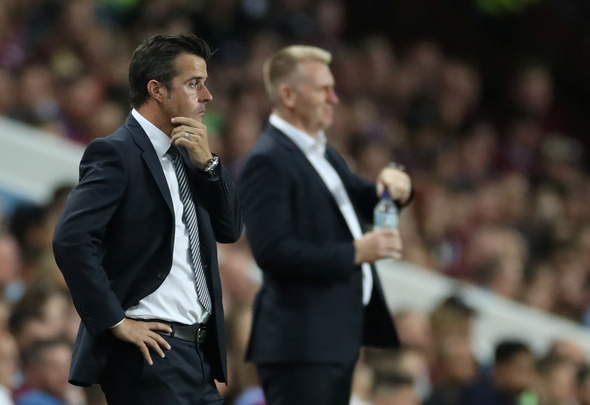 Paul Robinson says it was “strange” to hear Everton manager Marco Silva admit that Yerry Mina was feeling fine after being forced off through injury against Watford on Tuesday night.

Speaking exclusively to Football Insider assistant editor Russell Edge, the former Leeds and England goalkeeper has suggested that the Colombian defender might be a player who demands to feel no less than 100 per cent to play after his recent fitness issues.

Having seen the centre-back limp off in the League Cup win over Watford, Silva went on to admit after the game that the 25-year-old “did not feel pain no more” and that it was “a little strange”.

Robinson echoed the sentiments of the Everton boss and questioned if Mina was the sort of player who feels like he cannot play if he is not feeling fully fit and without any problems.

Robinson told Football Insider: “It was a strange one for the manager to say that he was fine at the full-time whistle. You don’t know the ins and outs, different players have different pain thresholds.

“A lot of players will not play unless they are spot on to play.”

Mina has been a mainstay for Silva this season, playing every minute of the club’s opening nine Premier League games before sitting out the 10th, the 3-2 defeat to Brighton, through injury.

He stepped back into the side at the expense of Michael Keane for Tuesday’s game but only managed 41 minutes before being replaced by the English centre-back.

In other Everton news, Danny Mills has urged a Toffees enforcer to “get out” of Goodison Park for the good of his career.