Paul Robinson has claimed that Pepe Reina could prove to be a “very, very clever” signing for Aston Villa.

Speaking exclusively to Football Insider, the former England international suggested that the veteran Spaniard is exactly the kind of player the Villans should have been looking to to fill in for the injured Tom Heaton over the course of the remainder of the season.

Heaton picked up knee ligament damage during Villa’s 2-1 win over Burnley on New Year’s Day and is set to be out for the rest of the campaign. 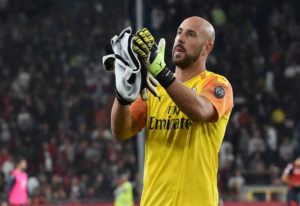 That absence prompted the Villans to bring in 37-year-old World Cup winner Reina from AC Milan on a loan deal, and Robinson is impressed with the move.

“He [Reina] is a great goalkeeper,” he told Football Insider.

“I think it’s a very, very clever signing because Tom Heaton was a great signing in the first place and they were very unfortunate to lose him to injury.

“Pepe Reina, at his age, his level of fitness, he fits the bill perfectly, and if he stays on next year, it’d be a great number two for Tom to have. 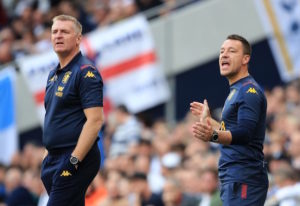 Reina has not played in English football since leaving Liverpool for Napoli in 2014.

His two appearances for Villa so far have yielded impressive results, however, with Dean Smith’s men picking up four points from six and moving two points clear of the relegation zone.