Paul Robinson has expressed his sympathy for Aston Villa defender Ezri Konsa after his late winner against Watford was awarded to teammate Tyrone Mings on Tuesday night.

Speaking exclusively to Football Insider, the former England international claimed that the 22-year-old will be gutted to have had his name struck from the scoresheet, but that ultimately, securing all three points was the most important thing for his side.

Dean Smith’s men sneaked a 2-1 victory in the 95th minute at Villa Park against the Hornets, courtesy of a Konsa effort that took a sizeable deflection off colleague Mings. 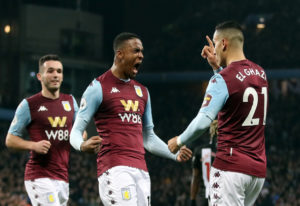 Following the game, a video of Konsa slumping to the floor after being told that the last-gasp winner was not actually his goal during a post match interview with Sky Sports went viral on social media.

But while Robinson was sympathetic towards the player, he did suggest that the three points were the most important thing.

“He [Konsa] was obviously gutted, he was bitterly disappointed – understandably so.

“It’s nice that it wasn’t VAR robbing somebody of a goal after all of the celebrations for a change.

“But it was a big win for Villa, especially with how resurgent Watford  have been under Nigel Pearson. It was a huge, huge win.” 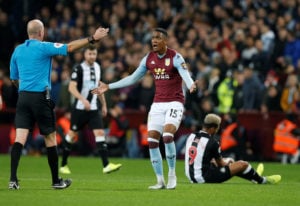 The goal would have been Konsa’s first in the Premier League, although he does already have two assists to his name.

He did open his account for the Midlands giants in the 6-1 Carabao Cup demolition of Crewe Alexandra back in August.