Noel Whelan claims that Rangers now hold an advantage over Celtic in the transfer window amid the “huge” impact from their midweek European results.

The former Leeds United and Aberdeen striker, speaking exclusively to Football Insider assistant editor Russell Edge, believes the Gers now have the financial capability to move for their targets immediately.

As revealed exclusively by Football Insider, the Light Blues are expecting to pick up nearly £20million from the European campaign, which will be boosted significantly by Celtic’s exit from the competition.

UEFA’s Europa League distribution data states that £11.4million (€13.4million) is split between the clubs from each nation who reach the last-16, leaving Rangers to pocket all of the share received by Scottish sides after Celtic’s exit.

Whelan says that Rangers knowing they have that sort of money on its way is a significant boost and that it gives Gerrard’s men the advantage over the Hoops.

“It’s huge, it’s huge, they’re in a good place, the books have balanced, they’re assembling a really good quality side there, things are picking up,” Whelan told Football Insider when asked about the boost in finances.

“They’ve shown they’re more than capable of matching Celtic and I’m sure they’ll get closer again in the summer. It means they’ve got a good balance there to go and strengthen their team.

“I’m sure he’s planning now summer targets and players he wants to bring in. Knowing they’ve got this money in the bank, it gives them a really good opportunity to get in there before Celtic now. Financially it’s really going to help them.”

Rangers defeated Braga 4-2 on aggregate, winning 1-0 away in Portugal, but Celtic were knocked out by Copenhagen after a 3-1 defeat at Parkhead on Thursday.

The Glasgow giants return to domestic action with the Scottish Cup quarter-finals this weekend.

In other Rangers news, it has been suggested by Brown that Ibrox player may be signing for Leicester City. 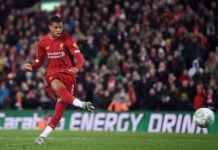