Noel Whelan has insisted that there is nothing wrong with Jose Mourinho taking to social media to criticise his players at Tottenham.

The former Leeds United and Coventry City striker, speaking exclusively to Football Insider assistant editor Russell Edge, has suggested the Spurs boss was looking for a reaction from his squad after Thursday’s defeat to Royal Antwerp.

The Portuguese manager took to his personal Instagram account to voice his disappointment at the 1-0 loss in Belgium as he stated: “Bad performances deserve bad results”. 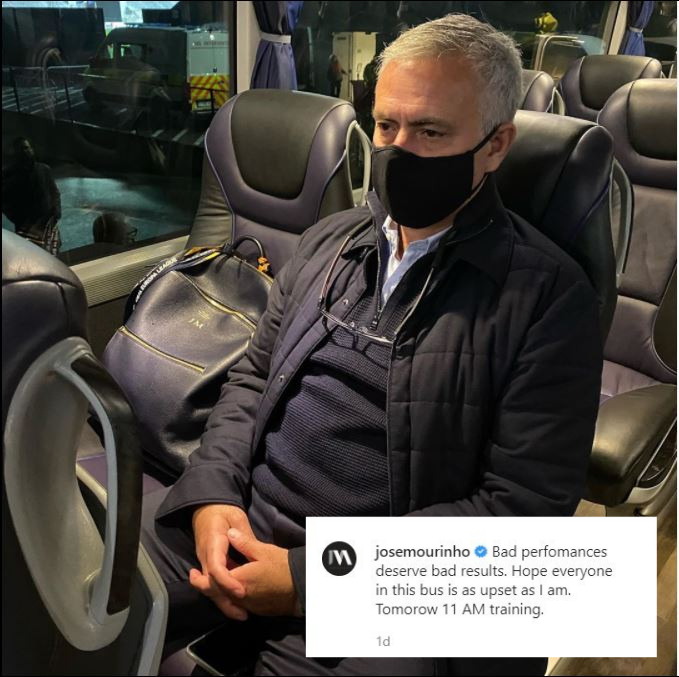 Speaking on BT Sport, Martin Keown called Mourinho’s post “childish” and insisted such comments should be kept to the dressing room, although BBC pundit Jermaine Jenas defended the manager’s decision.

Whelan has insisted he sees nothing wrong with the manager’s actions and that players should rise to the challenge rather than take offence.

Whelan told Football Insider: “Look, players get paid hundreds of thousands of pounds a week, they get paid and have an opportunity to go and do their job and if they’re not doing their job then there’s going to be criticism in the changing room but it’s a bit of light-heartedness.

“Today, the modern-day, this sort of thing wasn’t around when I was playing, Instagram pictures come up – Facebook, Twitter – when they’re doing well, you get the same pictures, when they’re not doing well, some players need to take responsibility.

“A manager can only do so much, when you go past that white line on the football field, the manager then has got to put his faith in the players, who get paid a lot of money.

“I don’t mind it, if they don’t like it then it just shows their mentality and how weak they are as a person. What I would be doing is showing how strong I am next time and then put a picture up next time to show the manager.

“That’s what he wants, he wants a reaction. You can’t hide on the field, you either swim or you sink and Thursday night, a lot of those players sank.”

In other Tottenham news, ‘Does he even want to be at Spurs?’ – Pundit reacts to bombshell reveal.