Newcastle United were exposed for their lack of squad depth against Leeds United on Wednesday, according to Michael Brown.

Speaking exclusively to Football Insider assistant editor Russell Edge, the former Leeds and Tottenham midfielder admitted he was already worried about the options available to Steve Bruce prior to the club’s Covid-19 outbreak.

While the Magpies have not confirmed who has been affected by the virus, they were without the likes of Jamaal Lascelles, Fabian Schar, Allan Saint-Maximin and Javier Manquillo for the 5-2 defeat to Marcelo Bielsa’s men.

Brown has admitted he feared a lack of quality outside the starting XI at St James’ Park before players went missing through injury and illness and that it was exposed on Wednesday night.

“We’ve all seen the squad depth and the players Newcastle have isn’t really huge, they always want to keep adding and they managed to bring a couple in over the summer,” Brown told Football Insider.

“When you’ve got Covid all the way through the team, you’ve managed to get a result (v West Brom), it’ll take it out of you to go again midweek, it really will. It’s too quick, too soon to recover so you’ve got to give them a little bit of leeway on that.

“I think it’s hard to be critical of Newcastle, they still went for it – 10 shots, four shots on target, yes, possession was down towards the end of the game but you look at the league table, they are eight points above the drop zone.” 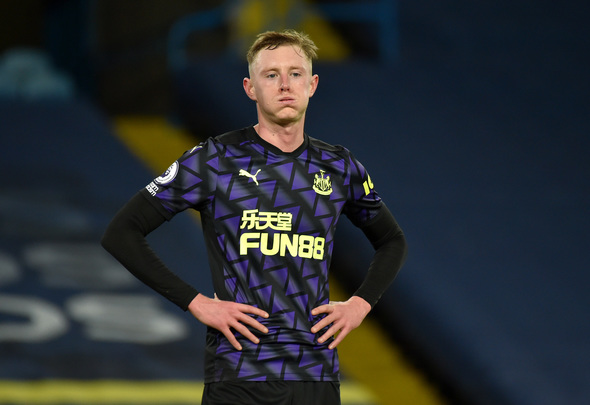 Newcastle brought in the likes of Callum Wilson, Ryan Fraser, Jeff Hendrick and Jamal Lewis over the summer and all four started Wednesday’s game.