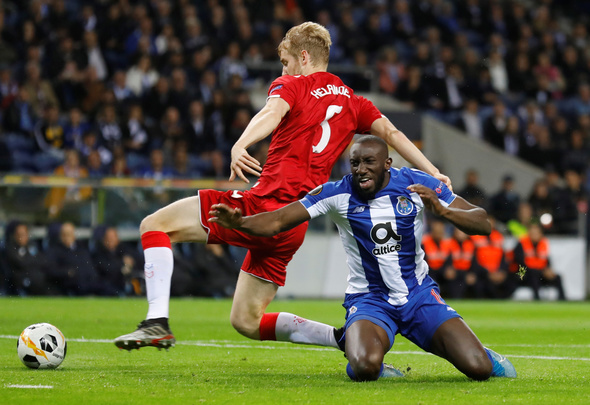 Rangers defender Filip Helander could be axed from the starting XI despite impressing manager Steven Gerrard against Porto on Thursday, according to Jackie McNamara.

The former Scotland international, speaking exclusively to Football Insider assistant editor Russell Edge, suggests that the Gers boss could bring Nikola Katic back into the side after leaving the Croatian international as an unused substitute for their Europa League clash.

Helander was singled out for praise by Gerrard after the game, saying that the Swedish defender was his man of the match after an “outstanding” performance in Portugal.

"Tonight, we were Rangers."

"It would have been a crime if we didn't take something from this game."

"Filip Helander arrived tonight. He summed up the reason we paid decent money for him."

However, McNamara is not convinced his bright performance in Europe will save him from being axed on the Light Blues’ return to domestic duty as he highlights Gerrard’s tendency to rotate between fixtures.

McNamara told Football Insider: “I think the other ones, Katic has just signed a new deal and Goldson’s been important, he’s played a lot of games. Katic, he (Gerrard) has said he’s been happy with him and I think he’s been ahead of him in team selection.

“It will be interesting to see if he changes but he has changed it between the two squads for Europe and domestic, you’ve seen that with the strikers with Defoe and Morelos.

“I think he might be the same with his defenders, the different defenders will want as much game time as they can but he will need to keep them all happy and keep them all fit in case of suspensions or injuries.

Helander has played just seven times across all competitions for Rangers since moving from Bologna over the summer, with only two of those games coming in the Scottish Premiership.

Katic meanwhile has played six times in the league, including against Hearts last weekend, while Goldson has not missed a minute for the Gers since the start of the campaign.

In other Rangers news, Alan Hutton has dropped a training ground reveal about a player set to sign a contract with the Light Blues.