Michael Brown has been blown away by the number of goalscoring chances created by Leeds United that makes a mockery of their 14th-placed Premier League position.

The former Leeds midfielder, speaking exclusively to Football Insider assistant editor Russell Edge, insisted that being an attacking threat while remaining defensively solid is one of the “hardest things to do” in the top flight.

As detailed by WhoScored, Leeds have taken the fourth-highest number of shots per game (14.6) in the Premier League this season – behind Manchester City, Liverpool and Aston Villa – while they rank sixth-highest for average shots on target per game (4.2).

The Whites’ attacking stats have been significantly boosted by their last three performances, having taken 56 shots – 13 on target – at an average of 18.6-per-game.

Leeds did find themselves conceding more shots against Arsenal, Everton and Chelsea – at an average of 15.6-per-game – than the rest of the season (14.5), although only the Blues were able to find a way past Illan Meslier between the sticks.

Brown believes Bielsa would like to see his side take more of their opportunities up front but insisted he was delighted to see them getting forward without being hurt at the back.

Brown told Football Insider: “It’s great that they’re creating so many (chances), I think that’s what you’ve got to say, it’s fantastic that they are.

“They’re obviously doing something right because that’s one of the hardest things, to create opportunities in the Premier League with not getting hurt the other way.

“They’re just looking at the Premier League and saying: ‘How can we cope with better sides?’ but then you see them go and score goals at Anfield.” 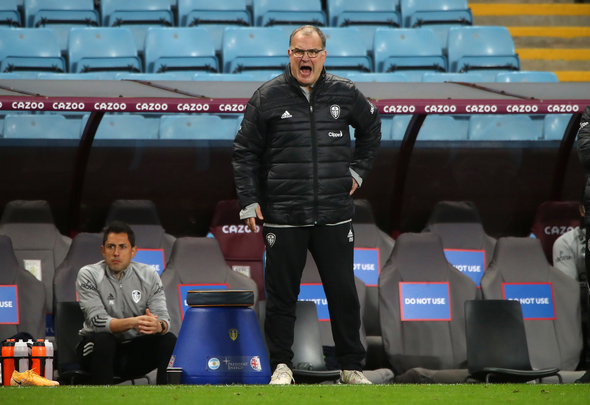 Mateusz Klich and Helder Costa have scored two apiece while Jack Harrison, Rodrigo, Raphinha and Stuart Dallas have all chipped in with one.

In other Leeds United news, the Whites have set their sights on signing a Portugual-based sensation who left Mauricio Pochettino drooling.