Paul Robinson “cannot believe” West Ham have not signed a replacement for Sebastien Haller in the January transfer window.

The former Spurs and England number one, speaking exclusively to Football Insider, warned Irons owners David Gold and David Sullivan that “fans will be extremely disappointed” if the club miss out on a European spot because they failed to replace their club-record signing.

Haller joined Ajax in a £20million deal last month and the Hammers were subsequently expected to sign a striker, but moves for Sevilla’s Youssef En-Nesyri and RB Leipzig’s Hwang Hee-chan failed to materialise.

Michail Antonio is now West Ham’s only recognised centre-forward, and he has suffered with numerous hamstring problems already this season.

Speaking after Monday’s deadline, West Ham boss David Moyes, as quoted by BBC, said he was not prepared to buy a striker just to “appease” people.

When asked if the Hammers would regret their decision not to sign backup for Antonio, Robinson told Football Insider:

“I was surprised that they did not sign a replacement for Haller. I thought the reason for them letting him go was that they had a replacement lined up. I cannot believe they haven’t replaced him.

“In Moyes’ defence, his business with Bowen and Soucek last January was fantastic. It has been key to a lot of their success. Which means that clearly the right player wasn’t available. 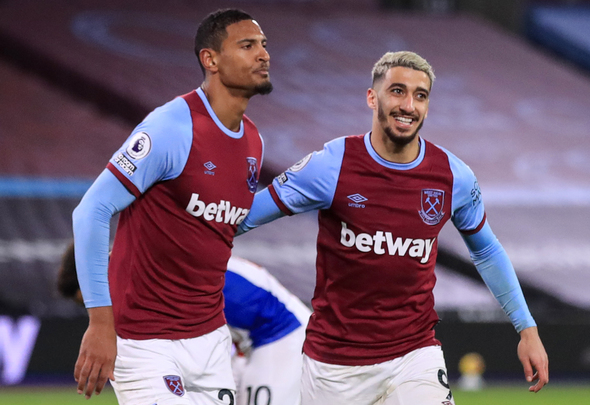 “They have the option of playing Benrahma or Yarmolenko up there if Antonio is not fit. Although Yarmolenko has not done that well this season.

“If Antonio did get injured it would be a worry. The fans would be extremely disappointed if they missed out on a European place because they did not sign a backup for Antonio.”

In other news, Kevin Campbell is wowed after West Ham sign player on a ‘Try Before You Buy’ deal.