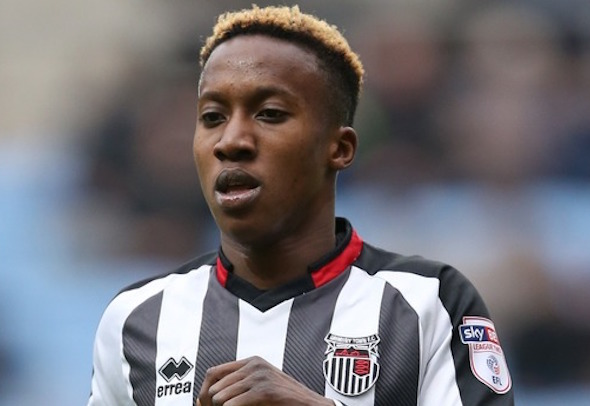 The 22-year-old forward, who is the older brother of Celtic wonderkid Karamoko Dembele, is regarded as one of the most promising attacking talents in the Football League after impressing at Grimsby and now Peterborough.

A Swansea source has told Football Insider the club have been keeping tabs on Dembele for some time and they see him as someone who can comfortably make the step up to the Championship.

Peterborough beat off interest from a number of clubs last summer to sign Dembele from Grimsby last summer and the winger made a positive impression during his debut season at London Road.

He scored seven goals and provided seven assists in 47 games in all competitions for Peterborough last season and his displays have brought him to the attention of clubs higher up the football pyramid.

A number of Dutch Eredivisie sides are also tracking Dembele after he caught the eye of their scouts during Peterborough’s 3-1 win over Chelsea at Stamford Bridge in the EFL Trophy in January.

Peterborough would be reluctant to lose Dembele this summer, but they are bracing themselves for interest in the player during this summer’s transfer window.

In other Swansea City news, it can be REVEALED that the club have opened talks to sign Tottenham academy product.