Kevin Phillips insisted Newcastle United should build their side around Miguel Almiron and Allan Saint-Maximin if the prospective takeover is completed.

The former England international, speaking exclusively to Football Insider correspondent Dylan Childs, admitted to being hugely impressed by both in the Magpies 3-2 FA Cup victory away to West Brom.

According to Sky Sports, the Premier League’s Owners’ and Directors’ Test is now the only aspect of the PCP Partners takeover still to be completed. 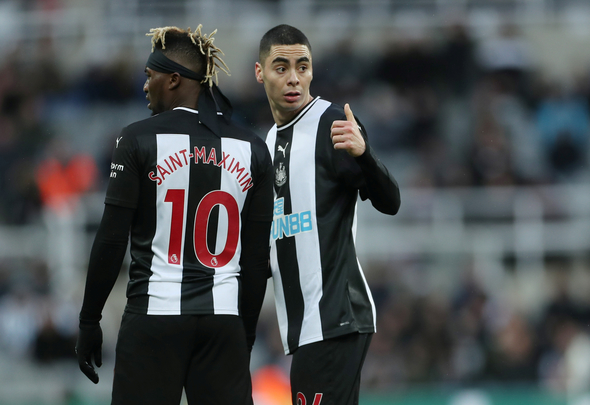 Football Insider understands £200million will be invested into the recruitment and infrastructure at the club in a transformation of the club’s aspirations.

Such an investment would likely see many of the current first-team squad told they are surplus to requirements at St. James Park.

Phillips suggested the team should be built around the two “exciting” attackers.

“I watched him live at West Brom just before the break and he and Saint-Maximin were unplayable.

“His game has improved and he has end product – he is not so rash. He is developing into an excellent player.

“Those two players you have to keep at the club because they are exciting and the fans love them to bits.

“Maybe the Longstaff brothers as well but apart from that you are looking at a proper rebuild if they want to challenge.

“Saint-Maximin and Almiron are two you have to be keeping.” 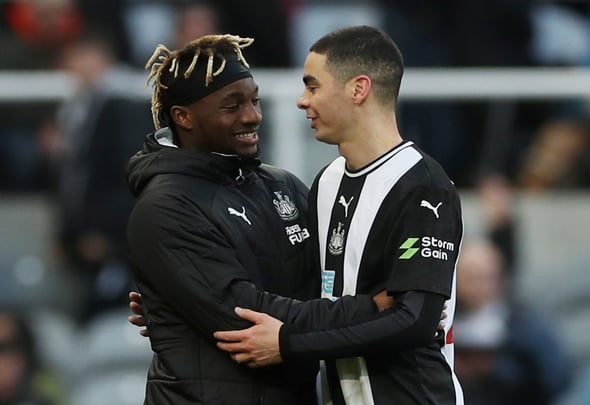 Saint-Maximin, 23, has scored three goals and provided four assists for the Magpies since completing his £16million move from Nice in the summer.

Almiron, 26, has six goals and one assist in his first full season on Tyneside having arrived from Atlanta United in January 2019.

In other Newcastle United news, Paul Robinson has told Football Insider manager to be given “outstanding transfer budget with exceptional wages”.