New Tottenham signing Sergio Reguilon has been tipped to go “straight into” the starting XI for their Europa League clash against KF Shkedija.

This site revealed that the north London club have paid Real Madrid £28million for the 23-year-old’s services with the Spanish giants retaining a £37million buy-back clause.

✍️ We are delighted to announce the signing of Sergio Reguilón from Real Madrid!#HolaReguilón ⚪️ #COYS pic.twitter.com/XYBxS4w4Sd

Ben Davies has started all three games for Spurs at left-back this season but Whelan believes this could change on Thursday night when they travel to North Macedonian side KF Shkedija.

Asked by Football Insider what impact he expects Reguilon to have on the Spurs squad, Whelan said: “He’s going to cause competition because he’s a quality player. These are the signings that Tottenham fans are wanting to see.

“Getting him in through the door gives you that professionalism you get from Real Madrid, with Gareth Bale there as well, it’s two very good signings.

“You need competition for places and he’s going to be one that Jose Mourinho knows a lot about and he wants him in.

“He’s going to go straight into the side. I find it very difficult to bring somebody in from Real Madrid and pop him on the bench. Manchester United were looking at him as well!” 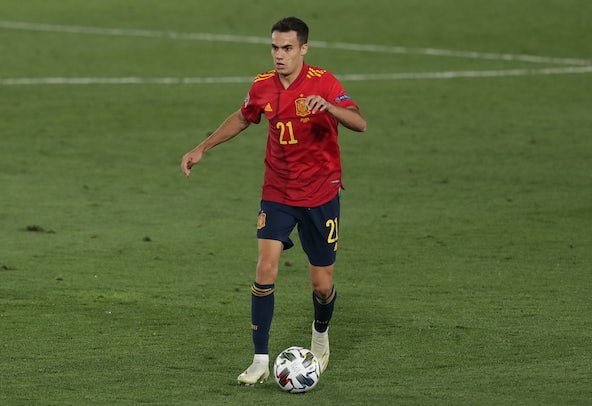 Reguilon spent last season on loan at Sevilla and was part of the side that won the Europa League.

The Spaniard played the full 90 minutes in their quarter-final, semi-final and final victories over Wolves, Manchester United and Inter Milan.

In other news, Football Insider can REVEAL a Tottenham first-teamer has REJECTED a move after Daniel Levy put a big cash deal in place.