Noel Whelan was unimpressed to hear that Aston Villa are reportedly in pursuit of Middlesbrough attacker Britt Assombalonga.

Speaking exclusively to Football Insider correspondent Laura O’Leary, the ex-Leeds United striker believes Assombalonga would jump at the chance to join Villa but questioned if he’s good enough for the Premier League.

It was recently reported that Villa were lining up a move to sign Assombalonga as well as Boro teammate Darren Randolph.

Whelan slammed the 27-year-old forward over his work rate and suggested Boro would be getting the better deal if they sold him to Villa.

The retired forward then quickly suggested the pursuit made it seem like the Villans are preparing for life in the Championship.

When asked if Assombalonga would jump at the chance to join Villa, Whelan told Football Insider: “Well he would, but can he do it?

“That’s the problem, he might have been scoring certain goals in the Championship, but it’s a different level in the Premier League.

“You know you’re playing up against international defenders week in week out and he hasn’t been that prolific at Middlesbrough.

“If anything it’ll be a better deal for Boro to get him off the wage bill and their books then it would be for Aston Villa.

“He needs to have more energy about his game as he does wander around at times, he doesn’t put the work in, you’ve got to be able to close down and lead from the front.

“Again it’s a massive gamble if you get someone like Assombalonga in, it’s like preparing for the Championship.” 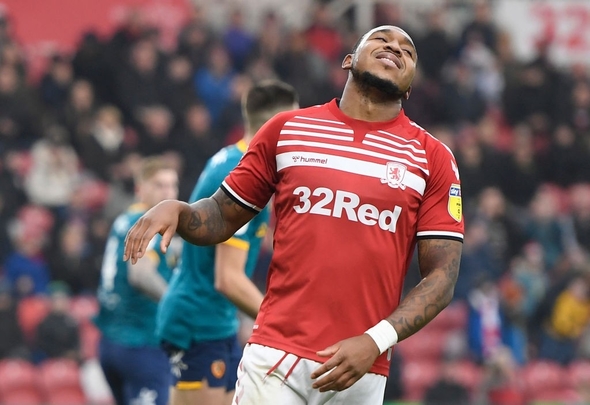 Assombalonga has scored six goals, as well as registered two assists, in the 21 outings he has made for Jonathan Woodgate’s side this season.

The DR Congo international has been with Boro since joining from Nottingham Forest in 2017 and is contracted to stay with them until 2021.