Noel Whelan admits that Leeds United could not afford “another Augustin episode” after the club pulled out of a deal for Michael Cuisance.

Speaking exclusively to Football Insider assistant editor Russell Edge, the former Leeds striker and lifelong fan at Elland Road has revealed his disappointment at the club feeling forced to abandon their pursuit of the Bayern Munich midfielder.

As detailed by The Athletic’s Phil Hay, Leeds pulled out of the £20million deal when scans detected an underlying foot problem as part of the medical and head of medicine Rob Price advised the move be cancelled.

It looked like new signing number four for Leeds United – but the Michael Cuisance deal is off.

Whelan admits that seeing the transfer collapse is a bitter pill to swallow but insists that it is better to be safe than sorry when it comes to splashing out on a big-money signing.

Whelan told Football Insider: “Look, we definitely needed to get more bodies into Elland Road, I guess this is where the medicals work.

“We don’t want to be bringing in a player who’s not going to be fit and might be struggling with an injury that might put him out, we’re going to need everyone fit and firing for the Premier League campaign.

“We don’t want another Augustin episode where he’s injured, overweight, this is why medicals are there, to show any kind of issues or worries over a player you’d be paying a lot of money for.

“Disappointment because I think everyone was getting quite excited, 21-years-old from Bayern Munich, big prospect so on that front, very disappointing. It is a setback, absolutely.” 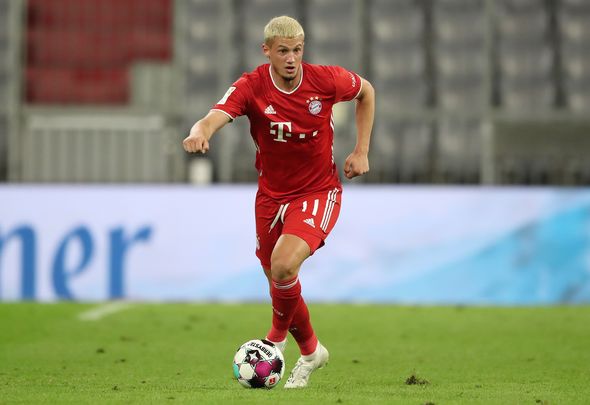 Leeds have brought in three senior players during the transfer window in Robin Koch, Rodrigo and Diego Llorente.

The German defender and Spanish forward have both featured regularly in the senior side this season, while the former Real Sociedad centre-back is yet to make his debut.

In other Leeds United news, Football Insider can exclusively REVEAL a huge update on the Whites’ pursuit of Ryan Kent.