Noel Whelan has backed the reported plans for Leeds United to rename a stand at Elland Road after Jack Charlton following his passing.

The former Leeds striker and lifelong fan of the club, speaking exclusively to Football Insider assistant editor Russell Edge, insists it would only be right for the Whites to pay tribute to a man who spent his entire playing career in West Yorkshire.

The Times report that Leeds are planning a permanent memorial for the former defender and that they are most likely to rename a stand at Elland Road after him. 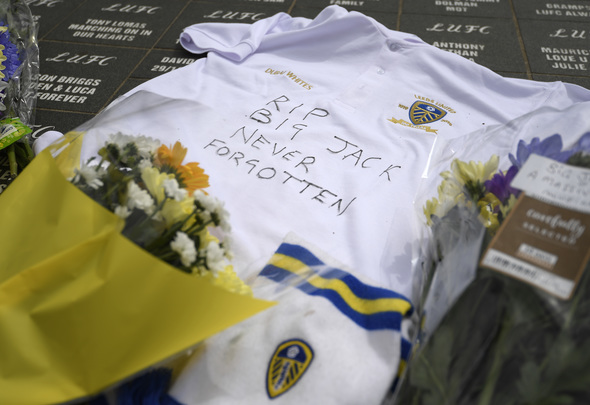 The Whites have already renamed three of their four stands after iconic club figures, with Don Revie, Norman Hunter and John Charles all immortalised at the ground.

Whelan believes that it would be fitting to have Jack Charlton become the fourth name to adorn the stadium after a magnificent career with the club.

Asked if he supported the reported plans, Whelan told Football Insider: “Absolutely – one player, one club, that doesn’t normally happen.

“Scoring 98 goals, over 700 appearances for the club, the honours that he’s won, what he did overseas with Ireland as well – I mean I’ve never heard a bad word said about Jack Charlton.

“He is a legend of the club, absolutely, and look, we’ve already lost one legend in Norman Hunter, to lose two in a short space of time, it’s really upsetting for a lot of fans. It’s not just the older fans and the older generation, the younger fans that are at the club will know all about the great side he played in.

“I think Leeds United will tribute the two legends in their own way and in the right way and it wouldn’t surprise me if that stand does become the Jack Charlton Stand because I think he deserves it.”

Charlton, who was born in Ashington, Northumberland, came through the youth ranks at Leeds and spent 23 years at the club before hanging up his boots.

He played 35 times for England and helped the Three Lions win the 1966 World Cup, while he also managed Middlesbrough, Sheffield United, Newcastle United and the Republic of Ireland.

In other Leeds United news, Whelan has been left raving after a defender agreed a three-year deal at Elland Road.