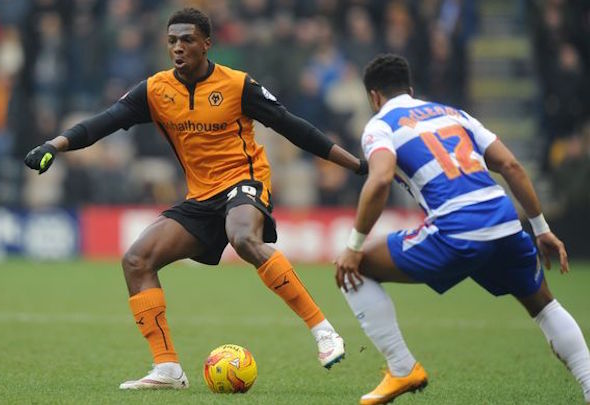 EXCLUSIVE By Pete O’Rourke
Wolves are ready to hand Kortney Hause a new deal before allowing him to go out on loan in a January double deal, Football Insider sources understand.
The centre-back, 22, has been unable to command a place in Nuno Espírito Santo’s starting XI this season with the club riding high at the top of the Championship and a number of clubs are ready to offer him regular first-team football.
A well placed source has told Football Insider that Championship rivals Middlesbrough, Preston and Millwall are all keen on taking Hause on loan for the second half of the season as they look to bolster their defensive options.
With six central defenders available to Nuno at Wolves Hause finds himself well down the pecking order at Molineux restricting England Under-21 international to just two starts in the League Cup and FA Cup this season, where he helped Wolves keep clean sheets in both games against their Premier League opponents.
Hause is in the final 18 months of his current deal at Wolves and several of his suitors are ready to test Wolves’ resolve to keep hold of the defender long-term.
However, Wolves still rate Hause highly and see him as having a long-term future at Molineux and they are ready to tie him down to a new contract before sanctioning any loan switch in this window.
In other Wolves transfer news, the Championship giants are close to agreeing a midfielder transfer after permission was granted for him to undergo a medical.
We’ve launched a << BREAKING NEWS FEED>> exclusively for your club. ‘Like Us’ on Facebook by clicking here if you want 24/7 updates on all Wolves breaking news.