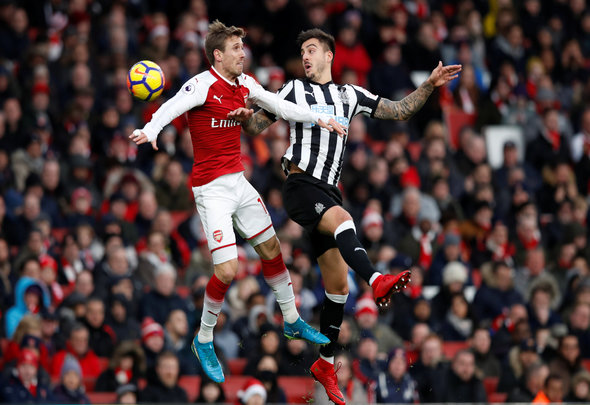 The Magpies come into the clash off the back of a 2-0 defeat away at Liverpool where their tactics to try and stifle the Reds with a five man defence and a solitary attacker came up second best to Mohamed Salah and Sadio Mane’s goals.

With the Saints just one point and one place below Benitez and his men in the table, who themselves are just two points off the relegation zone, Saturday’s clash on Tyneside could prove crucial in the battle for Premier League survival.

As such, Benitez is likely to revert to a more threatening formation and bring in players who he feels can damage Mauricio Pellegrino’s men, although he will be forced to stick with one man who struggled at Anfield.

As such, Christian Atsu, Jacob Murphy and Dwight Gayle are all expected to be axed in favour of Matt Ritchie, Ayoze Perez and Joselu, in a 4-2-3-1 line up.

The expected change to four at the back will see Paul Dummett revert to left back and Kenedy move back to left wing, after looking uncomfortable with the added defensive responsibility of left wing back, while the rest of the defence seem to be Benitez’s first choice now.

In midfield, Mikel Merino really struggled against Liverpool after taking the place of Jonjo Shelvey, but with few options for creativity in the middle of the park, it will likely be the Spaniard lining up alongside Mohamed Diame once again.

Ayoze Perez can be expected to return to his playmaker role behind the striker, joined by Kenedy and the returning Ritchie to support target man Joselu, whose physicality makes him a more natural choice than Gayle.