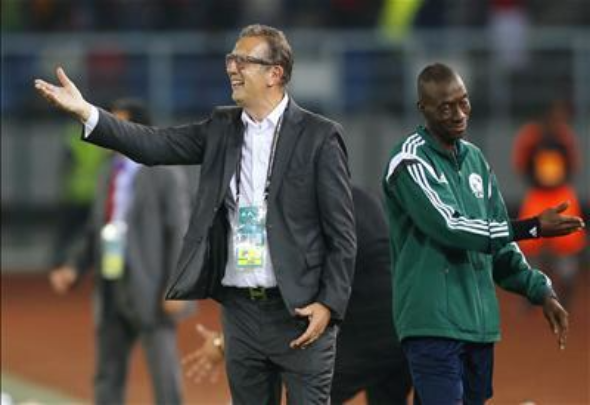 Former Belgium boss Georges Leekens has tipped Newcastle to bounce back at the first time of asking following the club’s relegation to the Championship.

The current Lokeren boss watched his side get thrashed 4-0 and outclassed in all areas of the pitch by the Magpies on Saturday.

The 67-year-old manager has 22 years of experience in management, coaching 15 different sides and he’s currently in his third spell in charge of Lokeren.

Asked for his verdict on Newcastle, Leekens said to the Chronicle Live: “I am not disappointed, they were much better.

“They have more class and technique. We played against a team and club that will be back very fast into the Premier League,

“I think when you look at the quality of their side and their coach I know I can put my money on Newcastle this season.”

The Magpies suffered relegation to the Championship last season after an 18th placed finish in the Premier League.

Although former Real Madrid boss Rafa Benitez came in during March, he was unable to steer the north east side away from the relegation zone.

However, there is generally a good feeling around the St James’ Park club as they head into their second Championship campaign in six-years.

The club managed to keep Benitez at the the helm, while the Magpies have also made six signings this summer, which include Dwight Gayle, Matt Ritchie and Isaac Hayden joining from Premier League sides.

In other Newcastle team news, Magpies midfielder Jonjo Shelvey believes that he and his team-mates must secure a return to the Premier League.