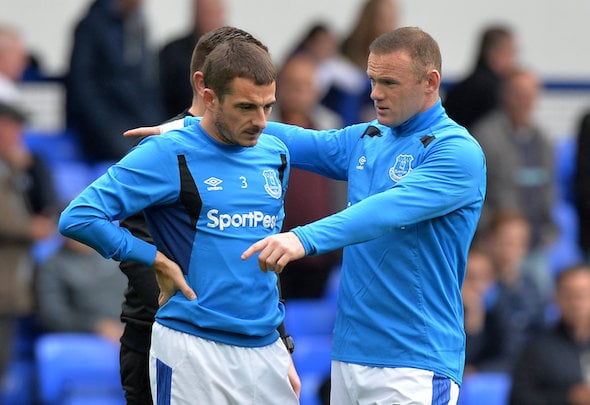 Leighton Baines has revealed that being able to get the victory against Watford was “extra special” as they were able to do it under David Unsworth’s guidance.

In a guest column for ESPN, the defender spoke highly of his caretaker manager and revealed it was nice to be able to win for him.

He wrote: “To get the three points was huge for us, and it made it extra special that we were able to get a win for David Unsworth.

“We were bitterly disappointed not to have achieved better results from his first three games in charge, so to finally get that win on the board for him felt great.

“‘Unsy’ has been top drawer since taking over as caretaker manager. I have loved the training sessions he has put on, and the way he has conducted himself.”

The Toffees had to come from two goals down to defeat Watford 3-2 at Goodison Park in their last game.

Oumar Niasse started the comeback for Everton, with Dominic Calvert-Lewis grabbing the equaliser 74 minutes into the game.

It was up to Baines to score a penalty in added time to put Everton in front, which he successfully did.

Watford’s Tom Cleverley had an opportunity moments later from the penalty spot to deny Everton the win, however he missed his spot kick.

Unsworth lost his first three games in temporary charge of Everton, losing to Chelsea in the League Cup, losing to Leicester City in the league before losing 3-0 to Lyon in the Europa League.

Unsworth has been caretaker manager since the dismissal of Ronald Koeman, the Dutchman was let go after losing 5-2 to Arsenal at Goodison Park.

The Toffees find themselves 15th in the Premier League after 11 games played, with only 11 points achieved.

In other Everton news, a report has revealed how much the Toffees would have to pay for their first-choice manager Sean Dyche.