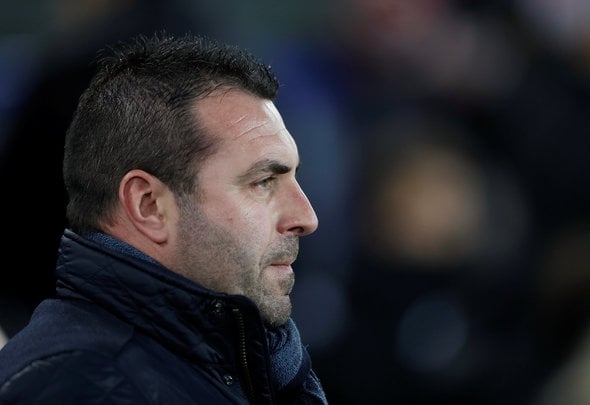 Sky Sports pundit Shaun Goater has graded Everton’s performance as an “E” after they endured a humiliating defeat at the hands of Southampton on the weekend.

The Merseyside club suffered a 4-1 loss at St Mary’s on Sunday afternoon but former Manchester City striker Goater is convinced that caretaker boss David Unsworth is now out of the running to be given the job on a permanent basis.

Although the Toffees will be delighted that summer signing Gylfi Sigurdsson notched up his first Premier League goal for the club, the team were disappointing as a defensive unit and a brace from Charlie Austin along with goals from Dusan Tadic and Steven Davis punished them.

Expressing his thoughts on the Sky Sports website, Goater was not only critical of Everton’s weekend display but also their poor start to the campaign.

“It’s pulled Unsworth out of the equation for being the next manager – they may have taken so long to give him time to prove himself – due to the fact they’ve just leaked goals in the games he’s had,” he wrote.

“They’ve spent a lot of money and they’ve got quality to beat teams like Southampton but they’ve fallen well short.”

The crushing loss means that Everton currently sit in 16th place in the league table and they find themselves two points above the relegation zone.

The Toffees have only managed to pick up one victory since the club sacked former boss Ronald Koeman in October.

Everton will look to put in a better performance when they face West Ham United on Wednesday night.

In other Everton news, this 59-year-old who was wanted by Moshiri has agreed a two-year deal.