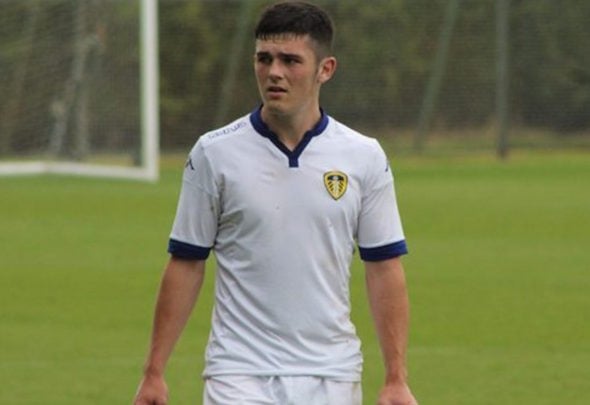 The brother of Frank Mulhern has revealed to the Hull Daily Mail that the striker was “let go” by Leeds before he signed for rivals Huddersfield.

It emerged last month that the emerging forward, 20, had begun a trial at Leeds’ bitter rivals, with Huddersfield revealing on their website that Mulhern had been included in their Under-23s side.

Leeds fans were baffled by the revelation, as the transfer window had already shut and Mulhern had signed a two-year contract in 2015 that tied him to Elland Road until this summer.

There had also been no public announcement from either party until the point that Huddersfield announced the inclusion of the former Republic of Ireland Under-19 international in their team.

Mulhern’s brother Robbie, who is a professional rugby player for Hull KR, has became the first person close to the situation who has spoken publicly about the academy graduate’s mysterious exit from Elland Road.

He also appeared to suggest that Leeds chose to release the young striker, who had joined their academy after four years in Huddersfield’s youth set-up, rather than the player electing to quit.

“Nowadays I think less and less players come through an academy and make it. A lot get let go, but I don’t have any grudges now,” explained Robbie Mulhern to the Hull Daily Mail.

“I can’t speak for Frank about being let go from Leeds, but I’m just ecstatic to be playing for Hull KR and being in with a chance of playing every week.

“I see him Frank all the time, I still live with him at home. He’s a good lad and pretty similar to me. He doesn’t get to many games because of his commitments but we do try and watch each other when we can – he came to my debut.”

Huddersfield announced on their official academy Twitter account on Tuesday that the 20-year-old striker had signed on a short-term contract.

The youngster now has the opportunity to resurrect his career at a club who are battling Leeds for promotion to the Premier League.

Garry Monk’s side, who face Birmingham at St Andrews on Friday night, are fourth in the Championship, four points adrift of third-placed Huddersfield.