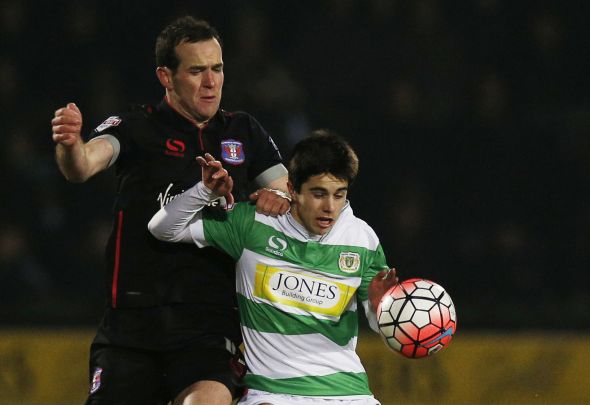 Yeovil fans have voted that Everton youngster Liam Walsh is the player they most want to return on loan, after a sparkling six months with the League Two club.

Walsh, 18, impressed at the Somerset club in his six month spell at the end of this season and manager Darren Way has said he would welcome the youngster back to the club.

In a poll ran by the Western Gazette, fans marginally voted in favour of Walsh over Swansea City right-back Connor Roberts and Bournemouth’s Harry Cornick, who were also on loan in 2015-16, as the player they most want to return.

Walsh played 15 times in League Two as Yeovil finished five places off the relegation zone, and was awarded man-of-the-match on a number of occasions.

He has never played for the senior team at Everton, but he has played 58 times in the Under-21 Premier League.

While Walsh led the way with 55 per cent, Roberts was not far behind with 38 per cent.

The 20-year-old not only missed just one match last season, due to an international call-up with the Wales Under-21s, but he also played every minute of every one of the 54 games he did play in and was named player of the year.

In other Everton news, they are eyeing a swoop for a 26-year-old Brazil ace.