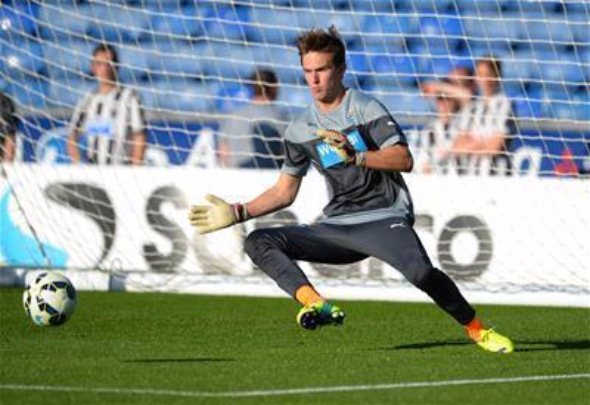 Freddie Woodman was announced in the starting line up for Newcastle United’s third round FA Cup tie against Luton Town at St James’ Park on Saturday and the news was greeted with aplomb by supporters of the Magpies.
He wasn’t tested much in the first half but fans were delighted with what they saw and took to Twitter to hail a new hero.
The England U20 international has already got plenty of silverware under his belt having been the number one for the England youth side that won the U20 World Cup and being named Golden Glove Award winner.
The Magpies put the visitors under a lot of pressure early on but were unable to break the opposition down until Ayoze Perez scored a brace in the 30 and 36th minutes and Jonjo Shelvey added a third moments later.
On an afternoon where the away support brought 8,000 followers with them, the home support took to Twitter to give their opinion on Woodman.
Here is a selection of the Tweets:

Well its nice to see Woodman getting a go #nufc

Woodman certainly not out-of-place with the first team. Great to see. 👍 #NUFC #NEWLUT

Nice to see Rafa play such a strong starting eleven. It may 'only' be Luton but they are a team in form and we are not. Winning breeds confidence and goals more so. A woodman clean sheet would be great all round howay the toon #bbcfootball #BBCFACup

I thought Rafa would like to nurture and bring out the potential in Freddie Woodman instead of being linked with every keeper in transfer window? #NUFC

Buzzing that young @41Woodman41 has been giving a chance!

In other Newcastle United news, pundit makes bold claim on takeover of St James’ Park.
We’ve launched a << BREAKING NEWS FEED>> exclusively for your club. ‘Like Us’ on Facebook by clicking here if you want 24/7 updates on all Newcastle United breaking news