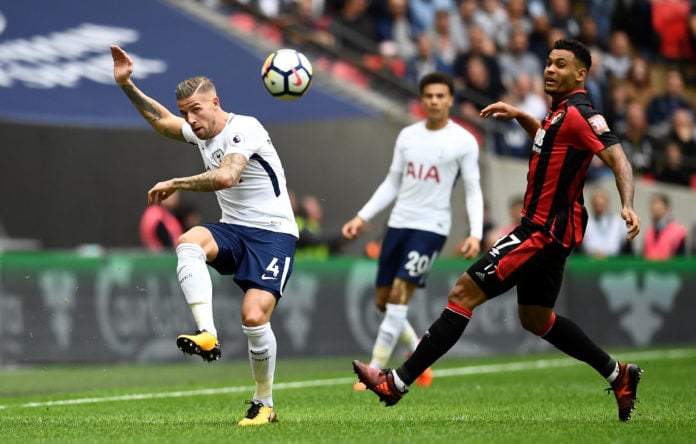 As Tottenham enter the final stage of the season, their focus will be less on the Premier League and much more on ensuring they beat Manchester United and reach the FA Cup final for a shot at some silverware.

Barring a complete collapse in the final five game, the Lilywhites seem certain to have nailed down a top four spot, and with that under their belt Mauricio Pochettino’s full attention will be on Saturday’s clash with Manchester United at Wembley.

However, the Argentine boss has the small matter of a Premier League outing against Brighton on Tuesday, which provides him and his side the opportunity to bounce back from what will have been deemed a disappointing 3-1 home defeat at the hands of newly-crowned champions Manchester City.

So does Pochettino play it safe and stick with the majority of his starting XI?

Quite simply, he cannot afford to take that risk with a mammoth cup clash on the horizon, and as such mass changes must be on the way, with just five surviving the drop.

At the back, Aurier and Alderweireld, who has been confirmed by Alasdair Gold  to be among the squad for the clash, should join the regular starters of Hugo Lloris, Ben Davies, and Jan Vertonghen, with Trippier and Sanchez needing the rest before Saturday’s showdown.

In midfield fringe pair Wanyama and Sissoko should have enough to compete with their Brighton counterparts while up top it must still be an experienced forward line, with Lucas the only one of the quartet who is not a regular starter.

In other news, one Spurs star has been tipped to join the record books alongside an Arsenal hero.