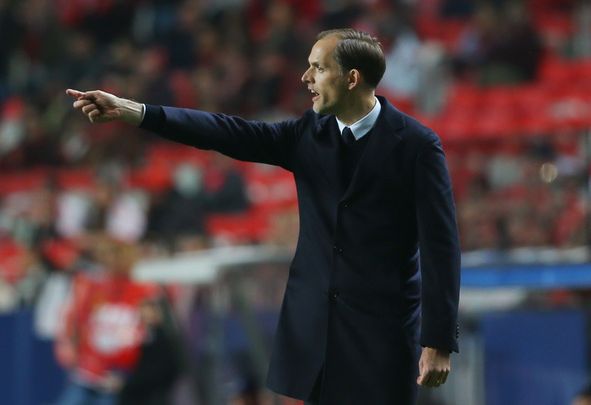 German news outlet Bild claimed on Sunday night that Arsenal had made an approach for Borussia Dortmund manager Thomas Tuchel.

Arsene Wenger is out of contract at the end of the season and is yet to make an official decision over his future, and Tuchel is one of a host of candidates linked with the job.

Football Insider has taken to management simulation game Football Manager to predict how Tuchel would fare during his first season at the Emirates.

Football Manager has predicted that Tuchel would lead Arsenal to the Premier League title during the 2016-17 campaign.

Wenger has not been able to achieve such a feat since the 2003-04 season, and Tuchel’s immediate impact will no doubt delight fans who saw Arsenal slip to seventh in the table at the weekend.

It was predicted that Arsenal would finish the season with 82 points, seven more than second-placed Manchester United, with 24 wins, 10 draws and four defeats.

Their Premier League success was made all the more special by thumping wins over Southampton (4-1), Liverpool (3-0) and Tottenham (3-1), but a 3-0 defeat to Watford in March was a little concerning.

Mesut Ozil was the surprise top goalscorer for Tuchel’s side with 17 goals, while Alexis Sanchez had 16.

Tuchel managed to mastermind an Arsenal surge into the semi-finals of the FA Cup, only to be bettered by Jurgen Klopp’s Liverpool.

They beat Walsall, Swansea, Burnley and Newcastle en route to the final four, but then lost 3-2 after extra-time to their Premier League rivals.

Liverpool then went on to beat Championship outfit Cardiff in the Final.

Arsenal’s EFL Cup campaign ended fairly abruptly with a 2-1 defeat at the hands of Everton in the fourth round.

They had eliminated Chelsea in the previous round, but fell on their sword courtesy of two goals from Romelu Lukaku.

Arsenal were handed a favourable Champions League group of Atletico Madrid, Basel and Besiktas, which they came through without dropping a single point.

Tuchel then bettered Wenger by progressing through the knockout stages with a win over Borussia Monchengladbach, only to meet Barcelona in the quarter-finals.

They were no match for the Spanish side, but Tuchel had already improved upon the work of Wenger by avoiding defeat in the knockout round.

Meanwhile, youngsters Alex Iwobi, Ainsley Maitland-Niles and Chuba Akpom were all allowed to leave the club on loan.

In other Arsenal news, Piers Morgan has delivered his verdict on Arsene Wenger’s reported decision to stay.