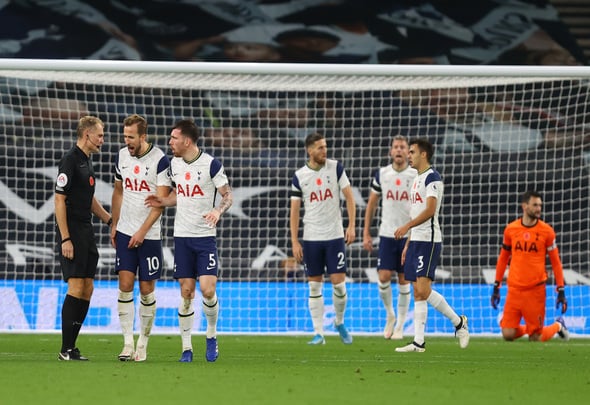 Alan Hutton has been left fuming after Brighton’s goal against Tottenham was not ruled out for a foul on Pierre-Emile Hojbjerg.

The former Spurs and Scotland defender, speaking exclusively to Football Insider assistant editor Russell Edge, has blasted the decision not to overturn the decision despite a VAR review.

Referee Graham Scott chose to award the Seagulls’ goal, scored by Tariq Lamptey, after he reviewed an incident involving Hojbjerg in the build-up via the pitchside monitor.

Hutton claims that the call could have been a game-changing one for the Lilywhites and has suggested that there needs to be a revamp of the VAR sytem moving forward.

Hutton told Football Insider: “The Hojbjerg one, for goodness sake, I don’t understand that one.

“It’s one of these decisions, how annoying are they? How you look at it, it’s just so annoying, I get so annoyed seeing things like that and then it leads to a goal.

“You’re going to be really disappointed and now it’s one each and you’re struggling on the back foot, you could get beat off these sort of decisions. I think it had to be better.

“The likes of VAR, why can there not be an ex-football player sitting there helping give his point of view – that’s a foul, that’s not a foul, it’s as simple as that.” Spurs beat Brighton 2-1 thanks to a late winner from Gareth Bale – his first goal since returning to north London this summer.

The Lilywhites opened the scoring with a penalty, which was also awarded under controversial circumstances, from Harry Kane.

In other Tottenham news, Paul Robinson stunned over Spurs contract update after he thought deal was done.