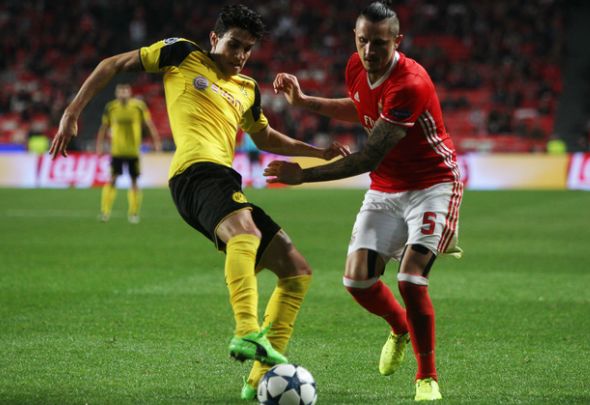 Tottenham should abandon plans to sign Benfica midfielder Ljubomir Fejsa this summer and instead raid the Portuguese giants for one of their other star players.

The Sun claims Spurs are keen on signing the 28-year-old enforcer, who has held aloft 10 league titles in his last nine seasons after spells with Partizan Belgrade and Olympiacos.

It is said that Mauricio Pochettino has turned his attention towards Fejsa, after missing out on Sporting Lisbon star Adrien Silva despite tabling an £18million bid.

Spurs have not completed a single signing this summer with chairman Daniel Levy known for his tight stronghold on the Spurs coffers but that is expected to change in the next five weeks.

However, Spurs already have multiple players that can do the job Festa does for Benfica at the base of the midfield in the likes of Victor Wanyama and Eric Dier.

Football Insider believes signing Fejsa would be a waste of time and should instead look to steal one of these three Benfica stars instead, including a player that is reportedly interesting West Ham and Liverpool: