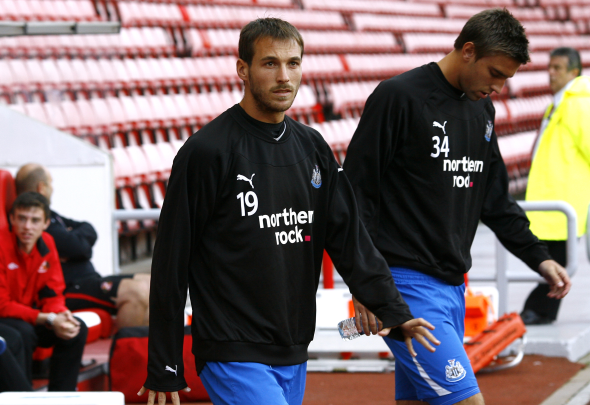 The former Newcastle striker, who scored just one goal for The Magpies after costing £6million, is considered as one of the worst ever signings on Tyneside.

ESPN claim that if he is fit, he could make his debut against reigning Champions Buriram United on 24 July.

The 30-year-old’s new side currently top the Thai Premier League, which is midway through the season.

Xisco, who has one Spain under-21 cap, isn’t the first player to play in both England and for Muangthong. Liverpool legend Robbie Fowler made 20 appearances for the Thai giants back in 2012, as well as England international Jay Bothroyd.

The Magpies’ former number 19 was signed in 2008 by ex-director of football Dennis Wise from Deportivo, but immediately found the competition too strong despite scoring on his debut.

The likes of Andy Carroll, Obafemi Martins and Michael Owen meant Xisco struggled to even make the bench.

That debut goal against Hull City proved to be his last, making just 11 appearances in all competitions in five years.

Since leaving Tyneside in 2013, Xisco has rediscovered his form to a degree with Spanish second division side Cordoba. In all competitions, Xisco has found the net 30 times in 97 appearances.