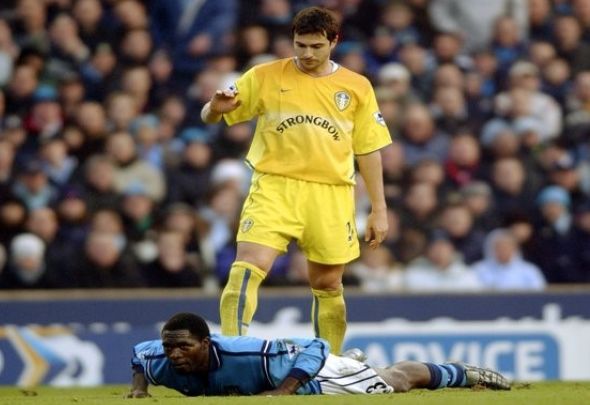 Paul Okon was a mysterious character during his short stay in Yorkshire, but what happened to the Australia international?

The versatile midfielder, known for his ability to make a side a lot more defensive but a lot less attacking, played for Leeds during the 2002/03 campaign as the Yorkshire giants’ Champions League dream began to unravel.

Starting his career in Belgium, the Sydney-born star was used as a sweeper by Club Brugge before Italian giants Lazio decided to chance their arm on the unproven player.

The loss of Roberto Di Matteo to Chelsea, though, meant Okon was forced to play in midfield and it meant his chance to impress was cut short.

Three intermittent years at Lazio were brought to an end, starting a tumultuous spell that saw Okon play for eight sides in as many years across five different countries.

Okon turned out for the likes of Fiorentina, Middlesbrough and Watford before joining Leeds, where he made just 21 league and cup appearances.

The likes of Eirik Bakke, now manager of Norwegian outfit Sogndal, Olivier Dacourt and Jason Wilcox kept Okon out of the side as he opted to jump ship once again.

A return to Italy with Vicenza, was followed by Belgium’s Oostende, Cyprus’ Apoel Nicosia before he finally ended his career with Australian side Newcastle Jets.

Despite his nomadic reputation, 28 caps with Australia gave Okon a respected reputation in his home country and management spells with the Socceroos Under-18s and Under-20s sides followed.

After four years as assistant manager of Australia Under 23s, Okon was headhunted to become A-League outfit Central Coast Mariners’ manager this year.

Okon managed his first match as the Mariners boss on Saturday, drawing 3-3 with A-League stalwarts Perth Glory. A relegation fight is on the cards for Okon’s side, as they are second favourites to go down.

But a strong early draw against fifth favourites Glory could be the start of an impressive campaign under the former Leeds star.

In other Leeds news, a sensational picture of this Leeds star at 13 has emerged on Twitter.