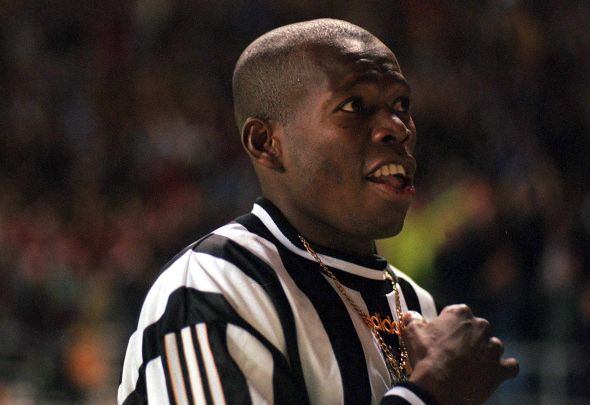 Newcastle icon Faustino Asprilla has taken to Twitter to correct Sky Sports after they posted an incorrect stat.

Before deleting the tweet, Sky Sports News HQ claimed on their official Twitter account that Barcelona were unbeaten against English sides in the Champions League group stages.

Sky posted the Tweet ahead of Barcelona’s Champions League showdown against Manchester City on Wednesday night.

However, Asprilla was on hand to correct Sky, reminding them and fans alike on his personal Twitter account of his hat-trick against the Spanish giants in 1997’s Group C clash that saw the Toon win 3-2.

I think you are wrong. 🤔 pic.twitter.com/IlNzPqkpoQ

The former Colombia international was in fine form almost two decades ago, leaping highest on two occasions to head home after scoring his first from the penalty spot.

Despite the win against Barca, the Toon failed to qualify for the knockout stages after losing the return leg as well as both games against PSV Eindhoven.

Asprilla, who also played for Parma and Brazilian giants Fluminese throughout his career, was a controversial figure at Newcastle, known for his partying antics and dramatic celebrations.

The winger moved to Tyneside in 1996 for £6.7million from Serie A outfit Parma, and went on to make 56 league and cup appearances for the Toon as well as scoring 16 goals during his two-year stay in the North East.

As well as 58 Colombia caps, Asprilla went on to play for eight other clubs after his time with Newcastle before retiring in 2004 aged 34.

In other Newcastle news, Ian Holloway has had this to stay about Newcastle star Jonjo Shelvey.