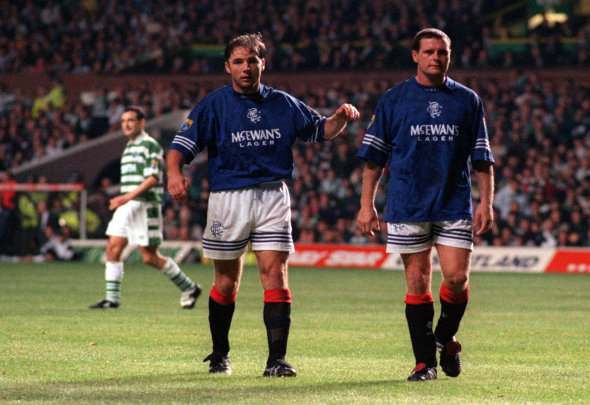 Former Rangers midfielder Charlie Miller has told a hilarious story about Paul Gascoigne sitting in a Glasgow bar – while wearing a dress.

The England legend’s antics are renowned – particularly from his time at Ibrox – and Miller revealed how Gazza started off wearing a shirt before ending up in a brand new dress.

Miller admitted Gascoigne was “some man” as he told the ridiculous anecdote from his time as Gazza’s team-mate at Ibrox in the mid-nineties.

“We we were going for a Tuesday afternoon session, as we did because we had a Wednesday off,” Miller told Open Goal as quoted by the Scottish Sun.

“Gazza was smart this day. He had a shirt on, looking brilliant. So we were in the District Bar having a couple of beers.  This wee woman, remember those Timberland jumpers that everyone in Scotland had, well she had one of those on.

“We stop right across from Central Station where the Radisson Blu is and there was a Sue Ryder shop, and he goes ‘stop, stop’.

“He goes into the shop, takes his gear off and walks back out in a dress. He comes back in the motor, sits in the motor and thinks nothing of it. We’re like ‘you’re a strange character’.

“We went into the Steps Bar, we sat there for about six hours and he was sitting with this dress on. Then he phoned Jimmy Five Bellies to come up from Newcastle and go to the Italian centre, which Gazza was 100ft from, to go and get him a shirt and jeans.

Stories of Gascoigne winding up his Ibrox team-mates are legendary with the likes of Ally McCoist and Gordon Durie falling foul of the Geordie’s antics.

During his time with Rangers, the former Spurs and Lazio midfielder wrote his name into the club’s folklore with one of the best individual performances seen at Ibrox as he dragged the Gers to their eight consecutive title against Aberdeen with an incredible hat-trick.

Even the most ridiculous Gascoigne stories all have enough about them that there is every chance they happened exactly as told years later. The legendary midfielder was one of the genuine characters in football and it seemed nobody was save from his antics at Ibrox as he tormented the likes of McCoist. Clips of Gazza and others who were at Ibrox at the time discussing some of the things the iconic number 8 got up to at Ibrox are constantly popping up online and will likely continue to do so for years to come. 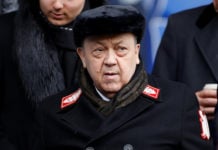