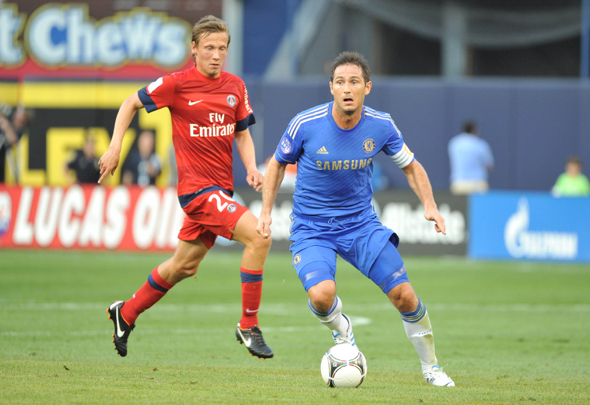 Slaven Bilic’s side were thrashed 5-0 by Manchester City during their FA Cup encounter at the London Stadium.

Playmaker Payet was dropped to the bench following the 2-0 loss to Manchester United on Monday but the Frenchman did make a substitute appearance.

Payet came on with the score at 4-0 but he was unable to bring some joy to the home supporters who left in their droves as the goals were going in.

But former Hammers midfielder Lampard believes that the 29-year-old may be heading out of the exit door.

“You look at their best player who comes on at the end there, the signs are that he might want to go,” Lampard told Match of the Day on BBC One. “Then you will really worry about where they go from there.”

The former Marseille player has been failed to put in the performances that won him rave reviews last season.

Additionally, Payet has only managed to score two goals in the Premier League this season as his team struggles with form and consistency.

They have shipped four or more goals at home during this campaign against the likes of Watford, Arsenal and now City.

Furthermore, they have lost half of their 20 league games this term, including shipping 35 goals during that period.

They will now take on fellow league strugglers Crystal Palace on home soil on January 14 in what will be an important Premier League clash.

In other West Ham news, Frank Lampard delivers his verdict on Slaven Bilic