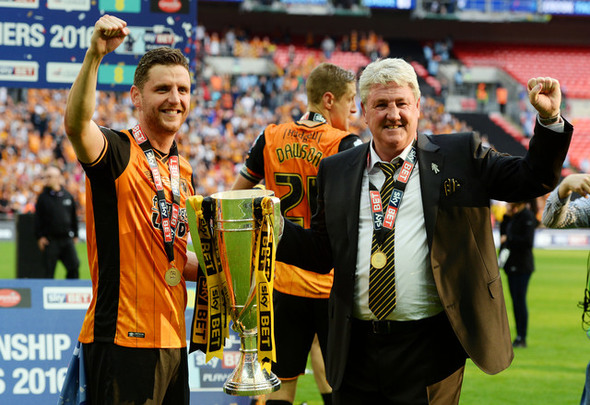 The 32-year-old has been a free agent ever since he was released by Hull at the end of last season and the Villains have since found themselves made favourites to snap him up this summer.

Aston Villa boss Steve Bruce has worked with his son at both Hull and Birmingham in the past, meaning that it has been fair for people to assume that the duo might link up again.

However after Paddy Power posted on their official Twitter account a picture of Alex Bruce holding a Villa shirt, he felt obliged to respond and put to bed any rumours about his future, while also having a cheeky dig at the betting company.

“No not happening Paddy Power. No wonder you’re playing catch up to Bet365. By the way promoted twice with Hull! Been there done it,” he said on his personal Twitter account on Friday.

No not happening @paddypower no wonder your playing catch up to @bet365….by the way promoted twice with Hull!! Been there done it 🥇 🥇 https://t.co/AeuoVchKqt

Steve Bruce has hinted at more signings in the transfer window. I think we know who he means… pic.twitter.com/GUeLONbxGj

Aston Villa have not spent much money in the transfer window but have made use of a the free market by snapping up defenders John Terry and Chris Samba on permanent deals.

They have been joined by Sam Johnstone, who arrives on loan, Ahmed Elmohamady and Glenn Whelan as the Villains hope to secure promotion from the Championship next season.

In other Aston Villa news, the Villains are keeping tabs on this international striker who is the captain of his top-flight club.