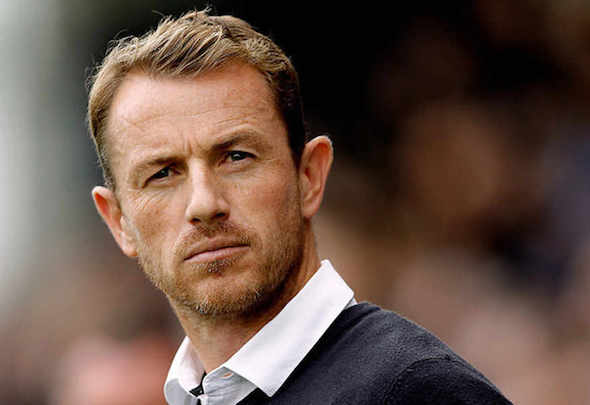 EXCLUSIVE By Editor Wayne Veysey| Former Evening Standard, Press Association and Goal chief correspondent with 17 years experience of breaking big stories, including exclusives like this
Follow me on Twitter @footyinsider247
Fulham’s pursuit of Gary Rowett has hit a snag over a legal issue with talks on the verge of breaking down, Football Insider sources understand.
Rowett emerged as the Londoners’ No1 choice to replace Kit Symons after their failed pursuit of Reading’s Steve Clarke and former Leicester boss Nigel Pearson.
But a Fulham source has told Football Insider that discussions with the Birmingham manager have not progressed as smoothly as hoped due to a legal issue surrounding his release from the Midlands club.
It is the latest twist in what has been a fraught pursuit of a replacement for Symons, who was sacked at the start of the month.
As revealed by Football Insider on Tuesday, Fulham had targeted Rowett after being impressed by his achievement at steering the club to sixth in the Championship and then made a formal approach to Birmingham.
Fulham will now go back to the drawing board in their manager search, although Rangers’ boss Mark Warburton is one of those in their sights.

Owner Shahid Khan wants to appoint a head coach-type figure who can work with transfer chief Mike Rigg rather than a traditional manager in the mould of Harry Redknapp or former Charlton and West Ham boss Alan Curbishley, who is advising caretaker Peter Grant.
As revealed by Football Insider, a deal with Pearson is dead in the water as his long-time assistants Steve Walsh and Craig Shakespeare are unwilling to quit Leicester for a pay cut.
Reading manager Steve Clarke had agreed the terms of a contract with the Londoners but the deal collapsed after he tried to renegotiate lucrative top-up bonuses.