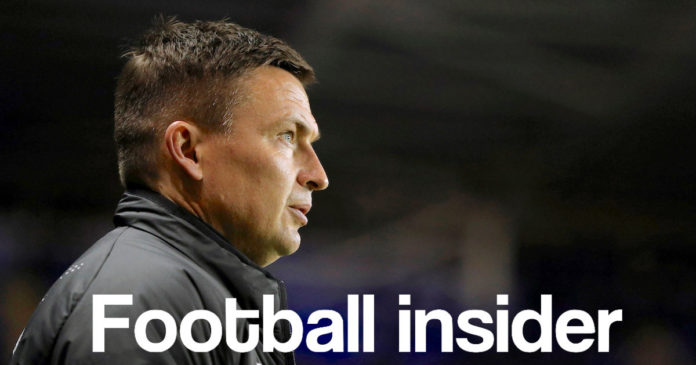 Paul Heckingbottom has slammed Leeds United’s players for being “oblivious” to the danger of Reading counter-attacks during a dressing room inquest into Saturday’s 2-2 Championship draw.

The United manager was furious that three Leeds defensive players bombed forward for a free-kick when side were 2-1 up at the Madejski Stadium and failed to track the home side’s winger Modou Barrow, who seized upon the chance seconds later to set up the equaliser, which came via a Eunan O’Kane own goal.

Heckingbottom highlighted the lack of game intelligence from his own players, which he insists is a recurring theme of a poor season.

“The second goal’s upsetting me,” Heckingbottom said, as quoted by the Yorkshire Evening Post. “It’s initially from our free-kick. We decided to play it quick, we’ve got three men behind the ball but as our three men run forward, Mo Barrow runs forward too.

“When their keeper claims it we give them the option to hit us on the counter. It’s those details that have been costing the team throughout the season when you look back. It’s those things we have to iron out because the players were oblivious to it when I pulled them up on that after the game.”

Little wonder Heckingbottom had the hump with his players, who continue to make schoolboy errors that demonstrate why the team is destined to finish mid-table this season. Andrea Radrizzani and Victor Orta have stated their conviction that the manager has squad at his disposal capable of securing promotion. The evidence of the season suggests the executives are plain wrong and living in fantasy land. The table doesn’t lie. Leeds’ players aren’t good enough and wouldn’t commit so many avoidable mistakes if they were.