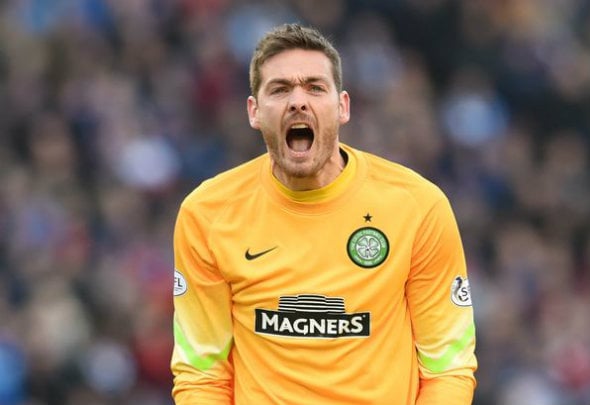 With Angus Gunn on Brendan Rodgers’ wanted list that leaves the future of Craig Gordon at Parkhead in doubt.

Scotland’s number one is currently sidelined with a knee injury incurred back in January against Hibernian which led to fears that the issue could spell the end of his career.

That didn’t happen but with Gunn’s name now in the frame, it certainly leads to questions over where that leaves the 35-year-old.

According to a report in The Sun, the arrival of the Norwich City loanee would see the 6ft 5in stopper handed the number one jersey in place of Gordon, and the 22-year-old would be given the luxury of playing Champions League football.

As it stands, the treble-winning stopper has a contract until 2020 but exactly how he would feel about being pushed down in the pecking order remains to be seen.

Gordon almost quit the game back when he was playing for Sunderland, when a serious knee injury nearly left him finished in football and he was told he wouldn’t come back it.

However, his perseverance and attitude proved the doubters wrong but at 35, when he does make a comeback from this latest setback, it’s highly unlikely a place on the bench will be accepted by the ace.

If Gunn does make the switch north this summer, expect Gordon to exit.

In other Celtic news,  ‘Hands off’, ‘Do one’ – City fans furious as Hoops linked with another player.