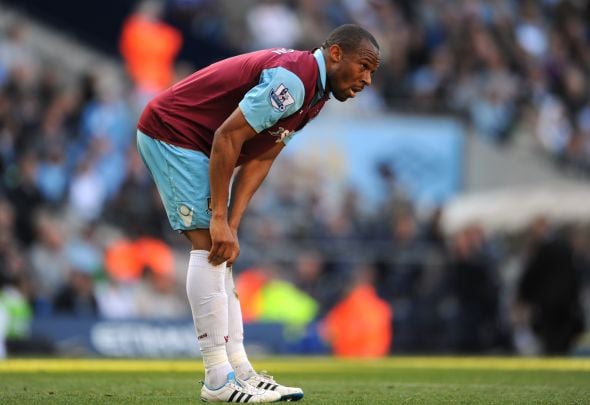 Daniel Gabbidon heaped huge praise on the West Ham players following their victory against Huddersfield Town on Monday evening and claimed that it was a “big result”.

The Hammers needed some good fortune to open the scoring as Pedro Obiang saw his long range deflected effort end up in the back before Andre Ayew bagged his first league goal of the season to seal the three points.

Former Hammers defender Gabbidon was clearly delighted with the victory and he expressed his opinions on his official Twitter account following the match.

“To be fair the Hammers do tend to pull a result out when it’s really needed let’s hope the season starts from tonight,” he wrote, emphasising the importance of the win after the Hammers had lost their opening three league matches.

To be fair the Hammers do tend to pull a result out when it's really needed let's hope the season starts from tonight. BIG result! #WHU

Gabbidon has been fairly critical of West Ham’s early season form and Bilic recently responded in the Evening Standard where he labelled the former defender’s comments as “unacceptable”.

The Hammers boss will be hopeful that his side can gain confidence from this victory ahead of the weekend clash away against West Bromwich Albion.