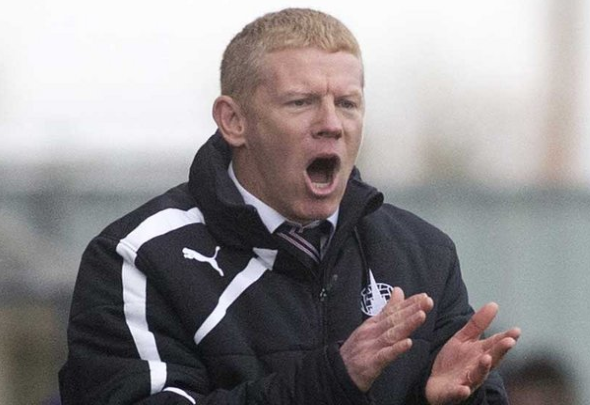 Rangers defender Russell Martin left Hearts striker Kyle Lafferty “frightened to death” when the pair were team-mates at Norwich City, according to former Canaries assistant manager Gary Holt.
Holt told the hilarious story as the pair get set to go head-to-head for the first time since Martin arrived at Ibrox in January – with another former Carrow Road team-mate set to be involved if Steven Naismith wins his fight against injury.
Lafferty has been a fantastic signing for Hearts with 15 goals since joining the Jambos in the summer while Martin has settled in well at Ibrox following his January loan.
Holt admitted there isn’t much that fazes the Northern Irish striker but revealed that current first teamer Martin left him terrified after the former Rangers star revealed a fear of spiders.
“He was always up to something whether it was on the team bus or the training ground,” Holt said, as quoted by the Daily Record.
“Nothing much fazes him and he was always up to mischief – but I remember he once revealed he had a fear of spiders.
“The following morning Russell came in with a few spiders and left them inside his locker –when Kyle opened it, he s*** himself.
“It was hilarious but he was frightened to death.”
The two sides meet on Saturday at Ibrox with the Light Blues looking to pick up three points and close the gap to Scottish Premiership leaders Celtic to six points before the Hoops play Aberdeen on Sunday.
Lafferty made 134 appearances for Rangers before leaving Ibrox in 2012 to join Swiss side FC Sion.
The 30-year-old won three Scottish titles, two Scottish League Cups and a Scottish Cup during his four years with the Gers.
After joining his boyhood heroes from Burnley in 2008, Lafferty walked away from Ibrox in 2012 when he refused to transfer his contract to Charles Green’s new company set-up to operate the club.
In other Rangers news, ‘Very exciting’ – Rangers key first-teamer reveals where he wants to move in the summer
Don’t miss out on breaking and exclusive Rangers news by clicking here for our brilliant 24/7 updates on Facebook, Instagram and YouTube.