Rangers are believed to be planning a swoop for Stoke City’s Saido Berahino, according to Football Insider sources, but it should be scrapped immediately and the money used on literally anything else.

Gers boss Steven Gerrard is said to be interested in bringing the Stoke outcast north of the border but it doesn’t make any sense to sign the 24-year-old.

Berahino has failed to live up to the hype at Stoke or West Brom and is quickly heading down the path of countless others before him who have the talent but not the attitude to be a long-term success.

His time at West Brom came to a juddering halt after fall outs over his off-the-field behaviour before history repeated itself when he was banished by Stoke boss Paul Lambert.

A move for Berahino would cost the Gers a hefty amount in wages and they would be better off just taking a pile of money and setting fire to it as the end result would end up the same.

In a few years time, Berahino will almost certainly be one of those players who is more renowned for what should have been rather than he will become and a move to Glasgow isn’t going to change that.

So far this summer, the Light Blues have made great strides in improving their squad and, while Berahino would be an improvement ability-wise, the Stoke attacker would be a huge mistake to bring to Ibrox as Steven Gerrard’s Gers revolution builds up speed. 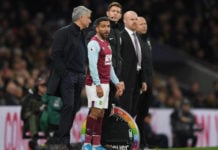